Structure and tectonic evolution of the NE segment of the Polish-Ukrainian Carpathians during the Late Cenozoic: subsurface cross-sections and palinspastic models

Abstract: The discrepant arrangement of the Carpathian nappes and syntectonic deposits of the Carpathian Foredeep reveals the oroclinal migration of the subduction direction of the platform margin during the Late Cenozoic. Formation of the nappes was induced by their detachment from disintegrated segments of the European Platform; the segments were shortened as a result of their vertical rotation in zones of compressional sutures. It finds expression in local occurrence of the backward vergence of folding against the generally forward vergence toward the Carpathian Foredeep. The precompressional configuration of sedimentation areas of particular nappes was reconstructed with application of the palinspastic method, on the basis of the hitherto undervalued model which emphasizes the influence of the subduction and differentiated morphology of the platform basement on the tectonic evolution of the fold and thrust belt. Superposition of the palaeogeographic representations and the present geometry of the orogen allows understanding of the impact of the magnitudes of tectonic displacements on the differentiation of the geological structure in the NE segment of the Carpathians. The differentiation has inspired different views of Polish and Ukrainian geologists on structural classification and evolution of the frontal thrusts. 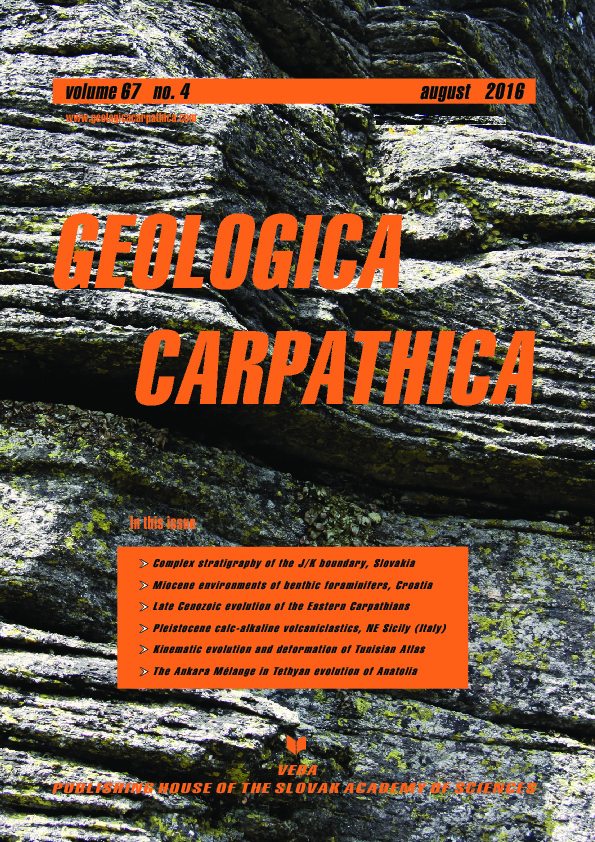