Abstract: Ammonoid mass occurrences of Late Triassic age were investigated in sections from Asagiyaylabel and Yukariyaylabel, which are located in the Taurus Platform-Units of eastern Turkey. The cephalopod beds are almost monospecific, with > 99.9 % of individuals from the ceratitic genus Kasimlarceltites, which comprises more than hun- dreds of millions of ammonoid specimens. The ontogenetic composition of the event fauna varies from bed to bed, suggesting that these redeposited shell-rich sediments had different source areas. The geographical extent of the mass occurrence can be traced over large areas up to 10 km2. Each of the Early Carnian (Julian 2) ammonoid mass occur- rences signifies a single storm (e.g. storm-wave action) or tectonic event (e.g. earthquake) that caused gravity flows and turbidity currents. Three types of ammonoid accumulation deposits are distinguished by their genesis: 1) matrix-supported floatstones, produced by low density debris flows, 2) mixed floatstones and packstones formed by high density debris flows, and 3) densely ammonoid shell-supported packstones which result from turbidity currents. Two-dimensional calcu- lations on the mass occurrences, based on sectioning, reveal aligned ammonoid shells, implying transport in a diluted sediment. The ammonoid shells are predominantely redeposited, preserved as mixed autochthonous/parautochnonous/ allochthonous communities based on biogenic and sedimentological concentration mechanisms ( = in-situ or post-mortem deposited). This taphonomic evaluation of the Kasimlarceltites beds thus reveals new insights into the environment of deposition of the Carnian section, namely that it had a proximal position along a carbonate platform edge that was influenced by a nearby shallow water regime. The Kasimlarceltites-abundance zone is a marker-zone in the study area, developed during the drowning of a shallow water platform, which can be traceable over long distances. 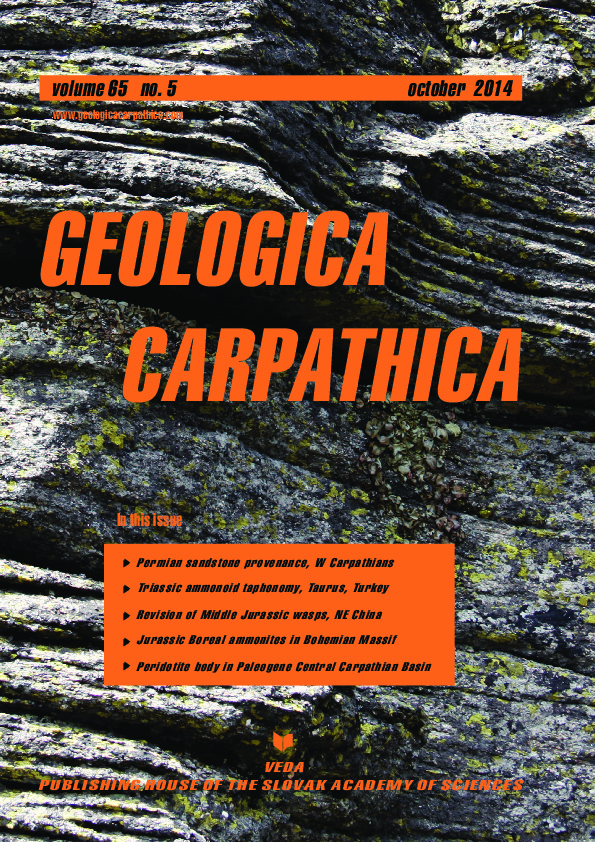