Abstract: This paper studies the Porat Formation (Fm.), which was deposited along the NE margin of the Dacian Basin part of the East Carpathian foreland (ECF) during the Pliocene and Early Pleistocene. We use a review of stratigraphic data in combination with lithofacies and sedimentary architecture analysis to interpret the Porat Fm. as a large sandy alluvial basin infill with an aggradational structure, consisting of cyclic successions of shallow sandy high-energy braided rivers. Aggradation of the Porat Fan was governed by subsidence of the Dacian Basin, along with a northerly supply of water and sediment from the Carpathians. Along the southern margin of the area the fan entered the Reni–Izmail-Trough, which formed the periodically active gateway between the Black Sea and Dacian basins. Along this trough, the Porat Fm. is developed in a different facies, discerned as the Dolynske Member (Mb. 1), which accumulated in the channel of a large river interpreted as the paleo-Danube. According to mammal stratigraphy of the Porat Fm. this continental-scale river had reached the area by the Gelasian to early Calabrian. The Porat alluvial infill indicates a stable water supply from the Carpathians, which explains the ecologically mixed fauna in its deposits: moistened forested alluvial plain-valleys were present between the zonally semi-arid steppe interfluves. The Porat Fm. and the previously studied late Miocene Balta Fm. are key elements for further in-depth study of the terrestrial evolution (tectonic–sedimentary–relief) of the ECF and north-western Black Sea coastal regions. 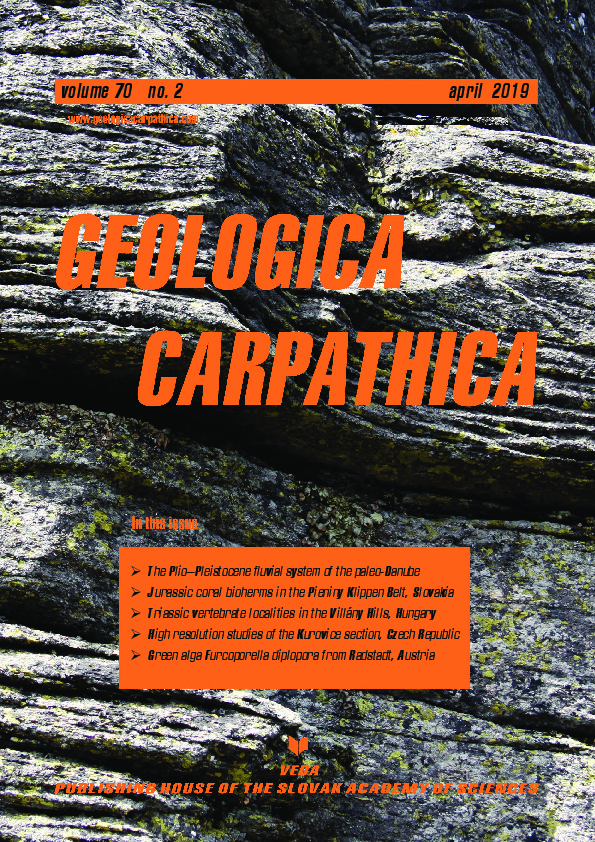