Abstract: This paper presents the results of a paleomagnetic study carried out on Plio-Pleistocene Cenozoic basalts from the NE part of the Bohemian Massif. Paleomagnetic data were supplemented by 27 newly obtained K/Ar age determinations. Lavas and volcaniclastics from 6 volcanoes were sampled. The declination and inclination values of paleomagnetic vectors vary in the ranges of 130 to 174 and –85 to –68° for reversed polarity (Pleistocene); or 345 to 350° and around 62° for normal polarity (Pliocene). Volcanological evaluation and compilation of older geophysical data from field survey served as the basis for the interpretation of these results. The Pleistocene volcanic stage consists of two volcanic phases, fairly closely spaced in time. Four volcanoes constitute the Bruntal Volcanic Field; two others are located 20 km to the E and 65 km to the NW, respectively. The volcanoes are defined as monogenetic ones, producing scoria cones and lavas. Exceptionally, the largest volcano shows a possibility of remobilization during the youngest volcanic phase, suggested by paleomagnetic properties. The oldest one (4.3–3.3 Ma), Bridlicna Volcano, was simultaneously active with the Lutynia Volcano (Poland) which produced the Zalesi lava relic (normal polarity). Three other volcanoes of the volcanic field are younger and reversely polarized. The Velky Roudny Volcano was active during the Gelasian (2.6–2.1 Ma) and possibly could have been reactivated during the youngest (Calabrian, 1.8–1.1 Ma) phase which gave birth to the Venusina sopka and Uhlirsky vrch volcanoes. The reliability of all available K-Ar data was evaluated using a multidisciplinary approach. 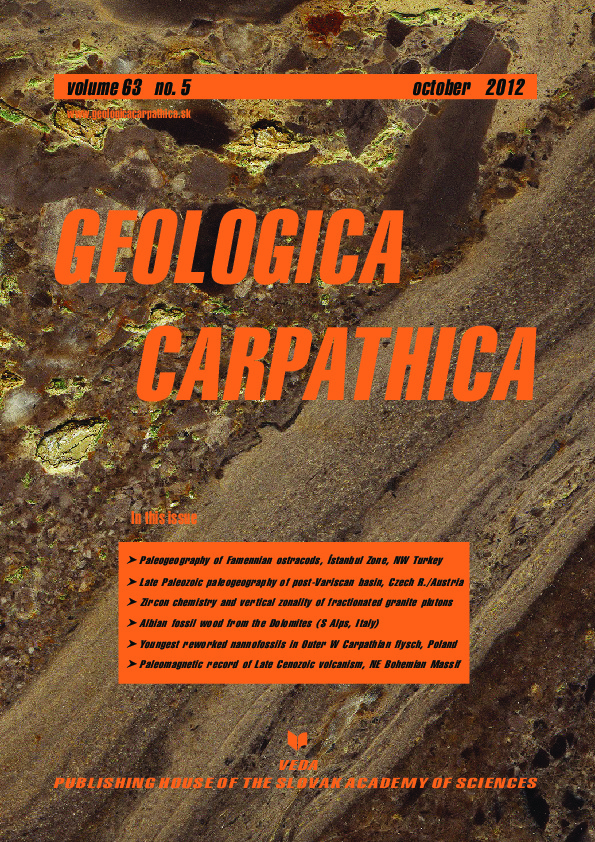