Abstract: The geomorphology and neotectonics of the Upper Enns Valley (Austria) in the Eastern Alps reveal the formation of a fault-controlled orogen-parallel valley. In the study area, the Eastern Alps have been under surface uplift since Early Miocene times. Quaternary processes such as uplift and cyclic glaciations likely interfere with neotectonic activity as the Upper Enns Valley follows the Salzach-Enns-Mariazell-Puchberg (SEMP) fault. The geomorphologically different landscapes comprise three main tectonic units: (1) the Austroalpine crystalline basement exposed in the Niedere Tauern, (2) the Austroalpine Paleozoic units (Greywacke Zone) and (3) the Dachstein Plateau dominated by Triassic carbonate successions. The Upper Pleistocene Ramsau Conglomerate overlying the Greywacke Zone on the northern slope of the Upper Enns Valley is a crucial element to reconstruct the evolution of the valley. A new 14C date (uncalibrated) indicates an age older than 53,300 years, outside of the analytical limit of the methods. Provenance analysis of the Ramsau Conglomerate shows the Niedere Tauern as a source region and consequently a post-early Late Pleistocene dissection of the landscape by the Upper Enns Valley. Paleosurfaces at elevations of about 1100 m on the northern and southern slopes of the Upper Enns Valley allow us to estimate surface uplift/incision of about 2.5 mm/yr. Regularly oriented outcrop-scale faults and joints of the Ramsau Conglomerate document Pleistocene to Holocene tectonic deformation, which is consistent with ongoing seismicity. Paleostress tensors deduced from slickensides and striae of pre-Cenozoic basement rocks indicate two stages of Late Cretaceous to Paleogene deformation independent of the SEMP fault; the Oligocene–Neogene evolution comprises NW–SE strike-slip compression followed by E–W compression and Late Pleistocene ca. E–W extension, the latter recorded in the Ramsau Conglomerate. 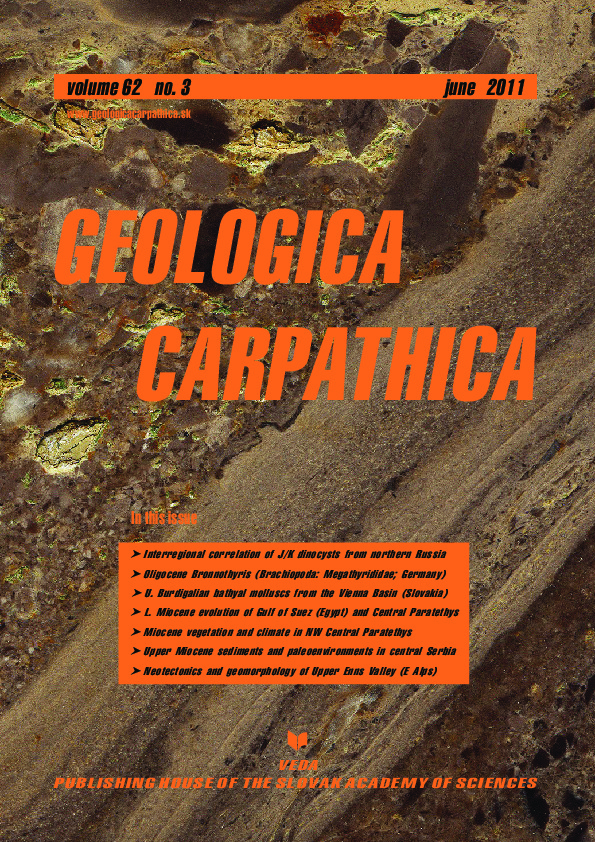