Abstract: The ammonium (NH4+) contents of the Malayer area (Western Iran) have been determined by using the colorimetric method on 26 samples from igneous and metamorphic rocks. This is the first analysis of the ammonium contents of Iranian metamorphic and igneous rocks. The average ammonium content of metamorphic rocks decreases from low-grade to high-grade metamorphic rocks (in ppm): slate 580, phyllite 515, andalusite schist 242. In the case of igneous rocks, it decreases from felsic to mafic igneous types (in ppm): granites 39, monzonite 20, diorite 17, gabbro 10. Altered granitic rocks show enrichment in NH4+ (mean 61 ppm). The high concentration of ammonium in Malayer granites may indicate metasedimentary rocks as protoliths rather than meta-igneous rocks. These granitic rocks (S-types) have high K-bearing rock-forming minerals such as biotite, muscovite and K-feldspar which their potassium could substitute with ammonium. In addition, the high ammonium content of metasediments is probably due to inheritance of nitrogen from organic matter in the original sediments. The hydrothermally altered samples of granitic rocks show highly enrichment of ammonium suggesting external sources which intruded additional content by either interaction with metasedimentary country rocks or meteoritic solutions. 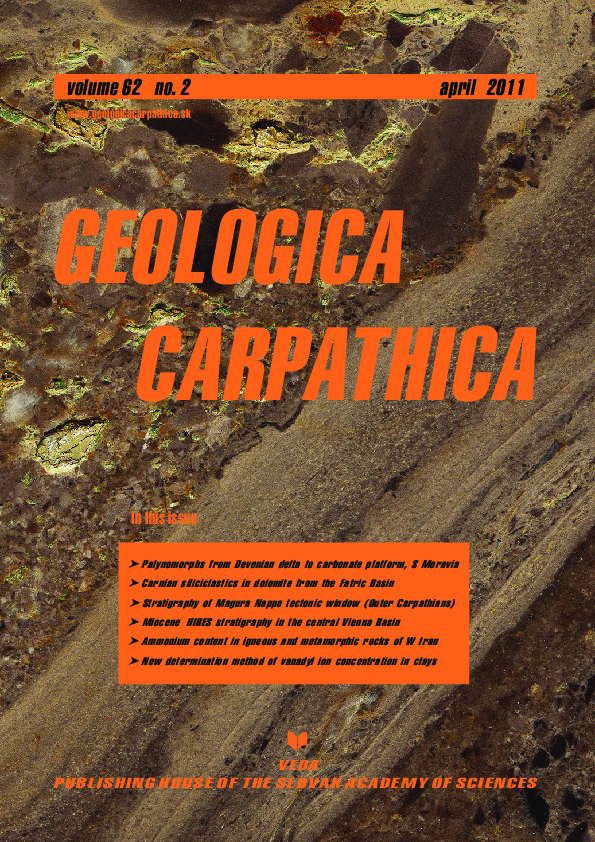