Abstract: This study investigates the chronology of paleostress evolution and faulting in the northern part of the Central Western Carpathians (Spisska Magura and Vychodne Tatry Mts). Paleostress analysis of brittle and semibrittle structures of the Eocene–Oligocene succession of the Central Carpathian Paleogene Basin (CCPB) supplemented by measurements in the Triassic sequence of the Krizna Nappe, revealed the existence of six tectonic regimes during the Cenozoic. Orientation of the paleostress field before the deposition of the CCPB was characterized by the E-W oriented compression. After this compression, the paleostress field rotated approximately 40–50°, and NW–SE directed compression took place in the Early Miocene. During the latest Early Miocene, the extensional tectonic regime with fluctuation of s3 orientation between NW-SE to NE-SW dominated. The Late Badenian–Pannonian is characterized by a new compressive to strike-slip tectonic regime during which the principal maximum stress axis s1 progressively rotated from a NW-SE to a NE-SW position. Uplift and tilting of the Tatra Massif took place during this stage. The neotectonic stage (Pliocene to Holocene) is characterized by extensional tectonic regime with the two directions of tension. The first one is oriented in the E-W direction and could be considered older and the second one, NNW-SSE tension is considered to be Late Pliocene to Quaternary in age. In general, orientation of the stress fields shows an apparent clockwise rotation from the Oligocene to Quaternary times. This general clockwise rotation of the Oligocene to Quaternary paleostress fields could be explained by both the effect of the counter-clockwise rotation of the ALCAPA microplate and by the regional stress field changes. 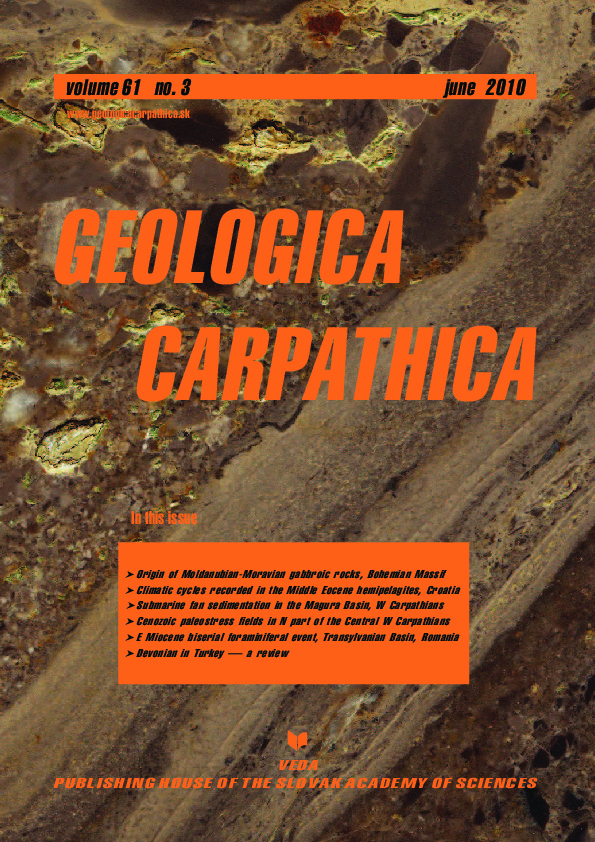