Abstract: The Marginal Folds Nappe is one of the most external tectonic units of the Moldavide Nappe System (Eastern Carpathians), formed by Cretaceous to Tertiary flysch and molasse deposits, piled up during the Miocene closure of the East Carpathian Flysch basin, cropping out in several tectonic half-windows, the Bistriţa half-window being one of them. The deposits of this tectonic unit were accumulated in anoxic-oxic-anoxic conditions, in a forebulge depozone (sensu DeCelles & Giles 1996), and consist of a pelitic background sporadically interrupted by coarse-grained events. During the Late Eocene the sedimentation registered a transition from calcareous (Doamna Limestones) to pelitic (Bisericani Beds) grading to Globigerina Marls at the Eocene-Oligocene boundary, and upward during the Oligocene in deposits rich in organic matter (Lower Menilites, Bituminous Marls, Lower and Upper Dysodilic Shales) with coarse-grained interlayers. Seven facies associations were recognized, and interpreted as depositional systems of shallow to deeper water on a ramp-type margin. Two mixed depositional systems of turbidite-like facies association separated by a thick pelitic interval (Bituminous Marls) have been recognized. They were supplied by a “green schists” source area of Central Dobrogea type. The petrography of the sandstone beds shows an excellent compositional uniformity (quartzarenite-like rocks), probably representing a first cycle detritus derived from low rank metamorphic sources, connected with the forebulge relief developed on such a basement. The sedimentation was controlled mainly by different subsidence of blocks created by extensional tectonic affecting the ramp-type margin of the forebulge depozone. 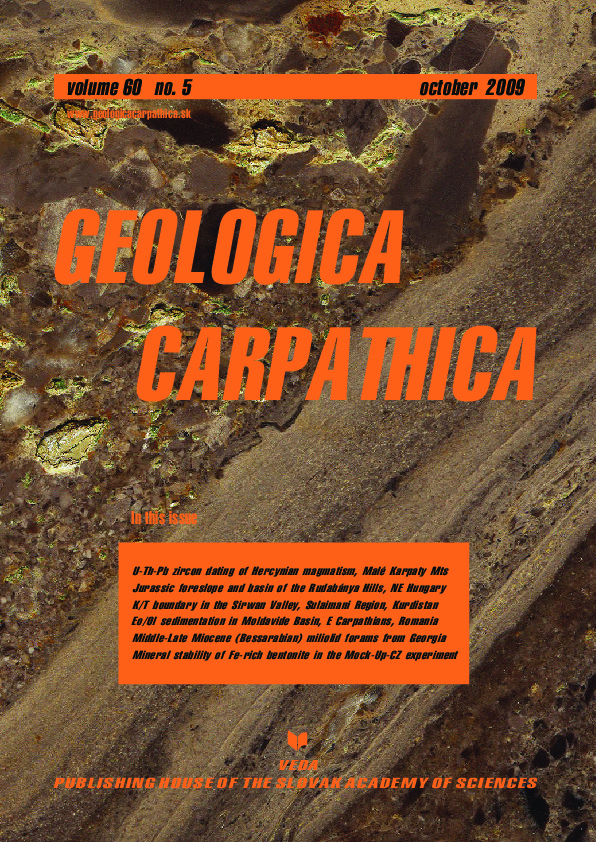