Abstract: During Pliocene to Pleistocene times, following the infill of Lake Pannon an alluvial plain was formed in the Pannonian Basin. The main bulk of terrestrial sediments are floodplain silts and clays; sandy to gravelly channel fill deposits comprise a smaller volume, but are excavated in several outcrops, as in Gödöllõ Hills. In the studied outcrops five facies units were described: medium-grained trough cross-bedded sand, medium-grained sand with compound cross-bedding, small channel fills with bedding parallel to basal concavity, fine-grained cross-laminated sand and massive silt to mud. Significant fining upward is rare, but decreasing thickness of cross-sets is often present in sands, defining cycles with heights of about 5 m. In the same outcrops, lateral accretion surfaces were also observed; together with cyclicity, they indicate point bar deposits of meandering rivers. Data from boreholes and a railroad cut has shown that channel fill sands are isolated within the floodplain sediments, but amalgamation of 3–4 channel fill sandbodies is common. The bankfull depth of the rivers depositing the studied sediments were estimated as 5–8 m. Direction of bend migration is indicated by lateral accretion surfaces, whilst a compound cross-bedded sandbody proved to be a confluence bar. Compared to the size of recent rivers, it can be concluded that one of the trunk rivers infilling the basin crossed the study area in the Pliocene. Paleocurrent data show that the river flowed to the southeast, towards the eastern subbasin of Lake Pannon. 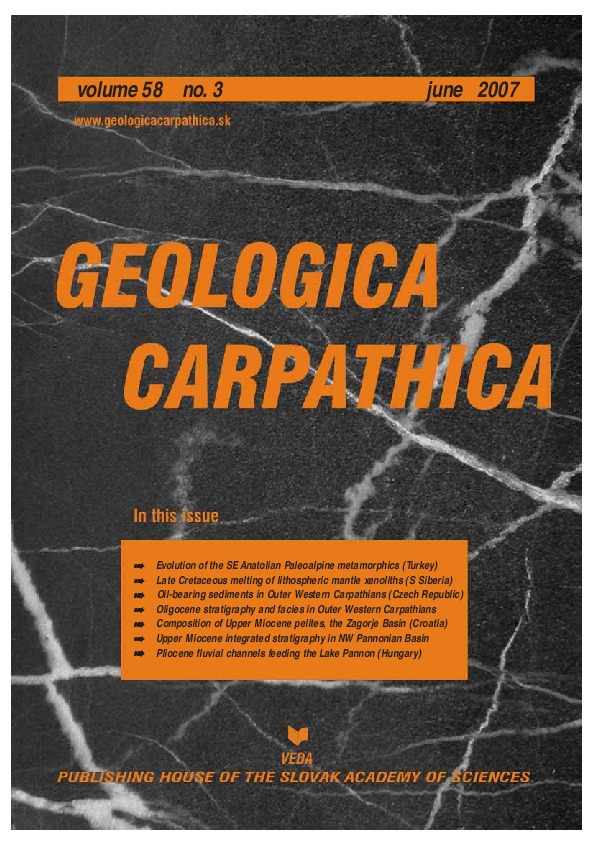