Abstract: The basal bed of the Upper Turonian sediments at the Upohlavy Quarry, corresponding to clayey limestone in its character, bears obvious signs of rapid lithification from softground to firmground (Ophiomorpha–Thalassinoides–Spongeliomorpha). Immediately before reaching the firmground stage, the substrate was colonized by tracemakers of chemichnia (Chondrites). Biogenic reworking of the overlying, irregularly rhythmically bedded limestone/marlstone beds does not fit the idea that the differences between the limestone and marlstone ichnofabrics are due to primary fluctuations in oxygen content in water and in sediments. Documentation of a section of approximately 10–13 m above the base of the succession revealed that bioturbation down to the depth of ca. 20 cm is more intensive in beds with higher calcium carbonate content (Thalassinoides often passively filled with clay-richer substance and subsequently colonized by Chondrites tracemakers). Beds with lower calcium carbonate content are usually dominated by Chondrites but Thalassinoides, Palaeophycus and Phycodes are also present. These differences in ichnofabrics rather indicate a different succession of colonization (marls — Chondrites followed by Thalassinoides; calcareous beds — Thalassinoides followed by Chondrites filling the Thalassinoides burrows). Therefore, the consistency of the substrate and its increase through time after depositional events, and the content of primary organic matter widely used by the “homogenizers” of marly substrates were the decisive factors. After a partial compaction, the substrate was utilized by less demanding r-strategic substrate feeders (tracemakers of ichnogenus Phycosiphon) and lastly by chemosymbionts, which also made successful use of the trapping potential of abandoned domichnia. This situation (i.e. high concentration of fluids in abandoned tunnels) is also evidence of a considerable compaction and rapid diagenesis of limestones, allowing even surfaces of limestone beds to function as firmgrounds. 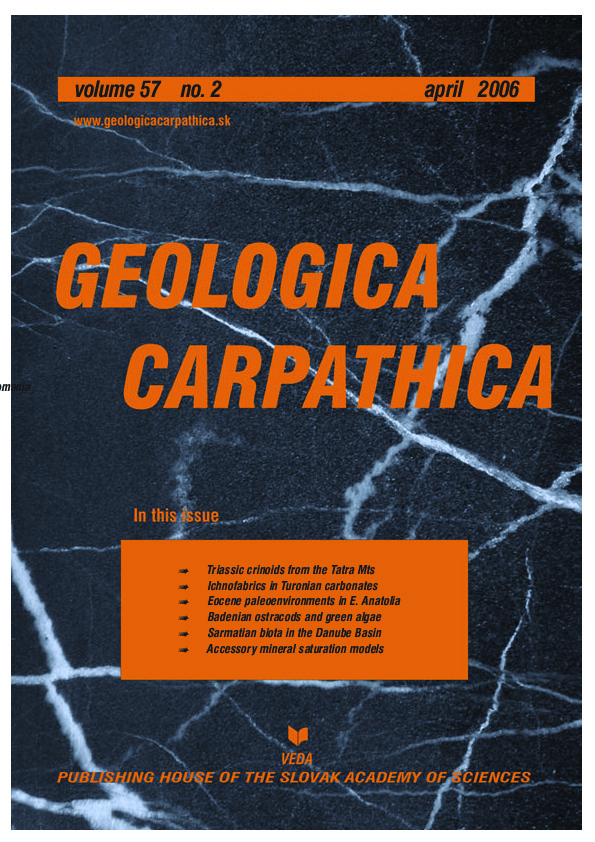