PALEOGEOGRAPHY, PALEOBATHYMETRY AND RELATIVE SEA-LEVEL CHANGES IN THE DANUBE BASIN AND ADJACENT AREAS

Abstract: The evolution of the Danube Basin is closely related to the extrusion of the Western Carpathian and Transdanubian Central Range lithospheric fragments from the East Alpine collision zone and to the Middle Miocene back-arc extension, associated with the formation of the Pannonian Basin System. Deposits of the Eggenburgian marine transgression, reaching the Danube Basin broader area through the Alpine and Carpathian Foredeep, can be correlated with transgressive depositional system of the TB 2.1 cycle of Haq (1991). The transgressive sequence passes upwards into highstand, neritic to upper bathyal sedimentation. The Ottnangian marine and part of the anoxic and brackish sediments represent the falling stage deposition. The lowstand deposition which can be correlated with the TB 2.2 cycle of Haq (1991) appeared still in the Ottnangian, during the compressive tectonic event resulting in closure of smaller basins. Later, during the Karpatian, sedimentation of transgressive and highstand depositional systems took place, still on the present Danube Basin northen margin (Blatne Depression, Banovce Depression). The high energy environment of the basin attained deep neritic to upper bathyal depth. The angular discordance between the Karpatian and Badenian strata, very common absence of the Late Karpatian and Early Badenian deposits (proved by micropaleontological data), as well as the presence of sediments of this age in the Novograd (Nógrad) Basin and its equivalents in the Zeliezovce Depression (Danube Basin) suggest absence of the marine TB 2.3 cycle of Haq (1991) in most of the territory. The whole area of the Danube Basin was flooded by the sea during the Middle to Late Badenian and Sarmatian. The sedimentation in the high energy environment of the neritic zone reflects two depositional cycles, which can be compared with the TB 2.4, TB 2.5 and TB 2.6 cycles of Haq (1991). The Badenian cycle started with the Middle Badenian rush transgression and highstand of the TB 2.4 cycle, followed by the Late Badenian higstand (SB type 2) and falling stage in the Bulimina-Bolivina zone. The Sarmatian cycle started by a lowstand characterized by Ammonia rich assemblages on the Badenian-Sarmatian boundary and was followed by a transgression and highstand which can be correlated with the TB 2.6 cycle of Haq (1991). The Late Miocene shallow water high energy brackish to delta-lake sedimentation in the north and deep water high energy environment in the central and southern part represent equivalents of the TB 3 Haq (1991) cycles. 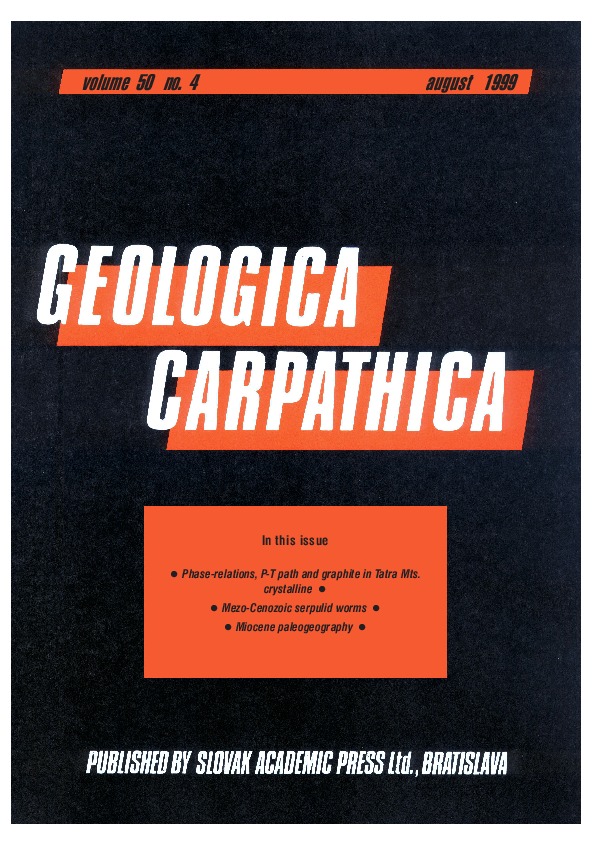