Abstract: This paper describes the petrological and mineralogical features of the quartz-muscovite metasandstones (QMM), a lithology found in the form of tectonic slices in an augen-gneissic environment N and W of Jasenie, Nizke Tatry Mts., Western Carpathians. These rocks have an exemplary psammitic texture, and are composed of detritic phases, represented by oval quartz grains, large muscovite flakes ans sparse individual grains of albite and metamorphic phases consisting mainly of quartz and microcrystalline aggregate of muscovite-phengitic mica. Small amounts of tine, metamorphic, newly formed albite and needle-like tourmaline are accompanied by scattered scales of chlorite and crystals of magnetite. Neither the QMM nor the associated siderite-ankerite metasandstones and phyllites (SAMP) contain biotite indicating that their metamorphic degree did not reach the biotite subzone. The total content of alkalies in the metamorphic muscovite-phengites is fairly high (>0.86 per formula unit), thus, they should be illite-free and their estimated degree of metamorphism should correspond to the epizone. This estimate is also supported by the incomplete compositional and grain size equalization between clastogenic and metamorphic white potash micas at their contacts. In contrast, the metamorphic white micas are considerably enriched in the phengite molecule. The X-ray and selected area electron diffraction (SAD) analyses made to visualize and to measure the crystallinity of individual carbonaceous matter (CM) particles revealed that most samples are composed of a mixture of anthracitic and graphitic carbon. While the anthracite is an indicator of very low metamorphism, the graphite first forms under greenschist facies conditions. A search for non-graphitizing carbons, such as shungite, skeleton crystals, or fullerenes, which form under medium or high-grade metamorphism, has been unsuccessful. Thus, all the ill-ordered carbons in the samples developed under low-grade metamorphism. This conclusion supports the authors’ earlier view that the rocks under study are metasediments and not diaphthorites. 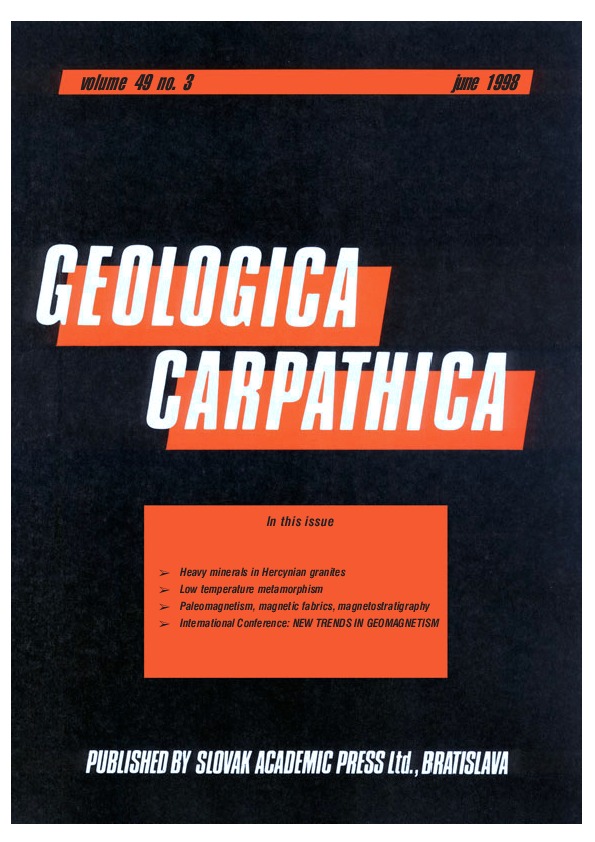