Abstract: The late Eocene–early Oligocene paleoenviromental and paleoclimatic conditions in the southern Hellenic Thrace Basin (Lemnos Island, Northeast Aegean Sea) have been determined, based on planktonic and benthic forami­niferal analyses. One hundred thirty-nine mudstone samples were collected from representative outcrops that cover the entire stratigraphic record. The samples correspond to submarine fan (Ifestia, Panagia and Kaspaka sections) and shallow-marine deposits (Kaminia section). The analyses of calcareous nannoplankton and planktonic foraminifera indicate that sedimentation took place during the late Eocene to early Oligocene (Priabonian–Rupelian). The ratio of planktonic to benthic foraminifera, the paleobathymetry and the qualitative analysis of foraminifera support a regional shallowing-upward trend. The presence of Globobulimina suggests that dysoxic conditions prevailed the late Eocene, while the presence of paragloborotaliids, globigerinids and chiloguembelinids in the studied succession could be indicative of a gradual cooling event since the late Eocene. The Eocene/Oligocene boundary is characterized by well­oxygenated bottom waters, and the abundance of Catapsydrax unicavus and Paragloborotalia nana suggests a strong cooling event during the early Oligocene (O1 biozone). This decrease in water temperature is most likely linked to the global cold Oi1 event. The early Oligocene is characterized by oxic bottom-water redox conditions that were intermittently interrupted by shorter periods of dysoxic conditions. The occurrence of Bathysiphon indicates the passage of turbidity currents. The recognition of Chiloguembelina cubensis, P. nana and C. unicavus suggests high productivity over the range of the water column, most likely correlated with mixing water during the cold event Oi2. This study decrypted the global paleoenvironmental and paleoclimatic changes that influenced the southern Hellenic Thrace Basin during the Eocene/Oligocene transition. 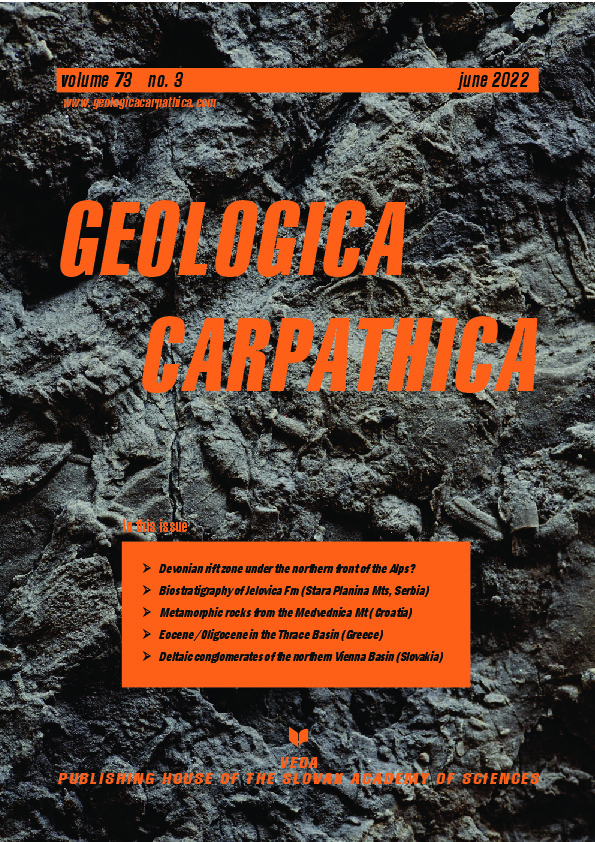