Abstract: The semi-endophytic coralline alga Lithophyllum cuneatum, which grows partially embedded by its host on its surface and lacks haustoria penetration to this host, was formerly known only from reef environments of the Pacific and Indian Ocean. Here, we report it for the first time from coral reefs of the Caribbean Sea (Belize). The morpho-anatomical characteristics of the Caribbean specimens from Holocene sediment cores, which were collected in offshore reef environments, match those of the type material and other specimens reported from the Pacific and Indian Oceans, including the preservation of diagnostic characteristics (cuneate thallus morphology, morphology of the conceptacles and their pore canals, and dimensions of the cells). Similar to L. cuneatum from the Holocene of the Indian and Pacific oceans, Holocene specimens from Belize share two unique hosts represented by the coralline algae Porolithon onkodes and Neogoniolithon sp. The unique occurrence of this species in the Caribbean Sea can be explained either (1) by pre-Pliocene dispersal toward the west from the present-day Indian Ocean area along the Tethyan seaway and/or (2) by dispersal toward the east via the Pacific (Fiji) Ocean when the Panama Isthmus was still open. Although morphologically-equivalent coralline algae can belong to either cryptic or pseudocryptic species, both scenarios imply a broader, more continuous geographic distribution of lineage leading to semi-endophytic Lithophyllum cuneatum prior to the Pliocene, which is in contrast to the more fragmented distribution during the Holocene. Although the lack of information about the geographic range of L. cuneatum prior to the Holocene can be coupled with sampling biases and cannot discriminate among these scenarios, other cases of such disjunct distributions, which were formerly documented among marine invertebrates, indicate that the geographic distribution of this species was less fragmented in the past, and thus supports the Tethyan dispersal hypothesis, including the relict character of its present-day geographic distribution. 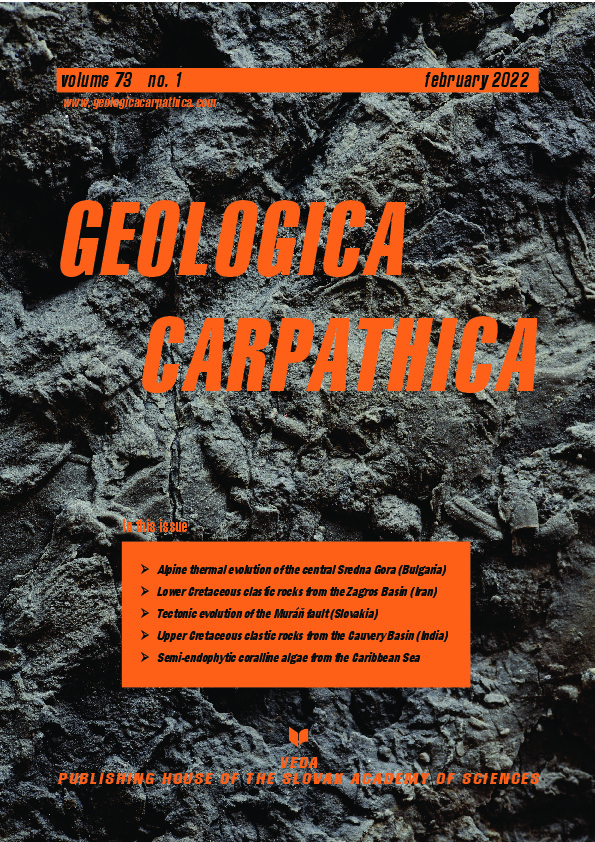