Heavy mineral analysis of the Turonian to Maastrichtian exotics-bearing deposits in the Western Carpathians: What has changed after the Albian and Cenomanian?

Abstract: Turonian to Maastrichtian exotics-bearing deposits from the Pieniny Klippen Belt (Klape and Kysuca units) and from the Považský Inovec Mts. (Western Carpathians) were analyzed for heavy minerals and compared with similar, yet older Albian–Cenomanian deposits. The Turonian to Maastrichtian deposits are petrographically more variable in composition in the entire range, from quartz arenites to litharenites. Percentages of the main heavy minerals are similar on both stratigraphic levels, i.e., they are dominated by chrome-spinels, zircon, tourmaline, apatite, and rutile. Garnet is more common in the Turonian to Maastrichtian samples, while titanite, kyanite, monazite, hornblende, blue amphibole, pyroxenes, epidote, staurolite, and sillimanite are quite rare. Statistical factor analysis indicates dominance of ophiolites and older sediments in the source areas. One important factor is an influx of garnet, with the weakest factor being related to the influx of tourmaline and apatite, which may indicate low-grade metamorphics. Spinels were derived from harzburgites (supra-subduction peridotites). The majority of tourmalines were derived from metasediments, Fe3+-rich quartz–tourmaline rocks, calc-silicate rocks, and metapelites and granitoids. Some had complex zonation with two phases of tourmaline (schorl–dravite and bosiite), or tourmaline intergrown with quartz. These were likely derived from ophiolitic sources. Garnets are predominantly almandinic and derived from rocks that had been metamorphosed up to the amphi­bolite facies, or magmatic rocks. Common pyrope–almandinic garnets indicate their source from granulites and eclogites. The main change after the Albian–Cenomanian period is the more expressed presence of the continental crust segments in the source area in comparison with ophiolites. 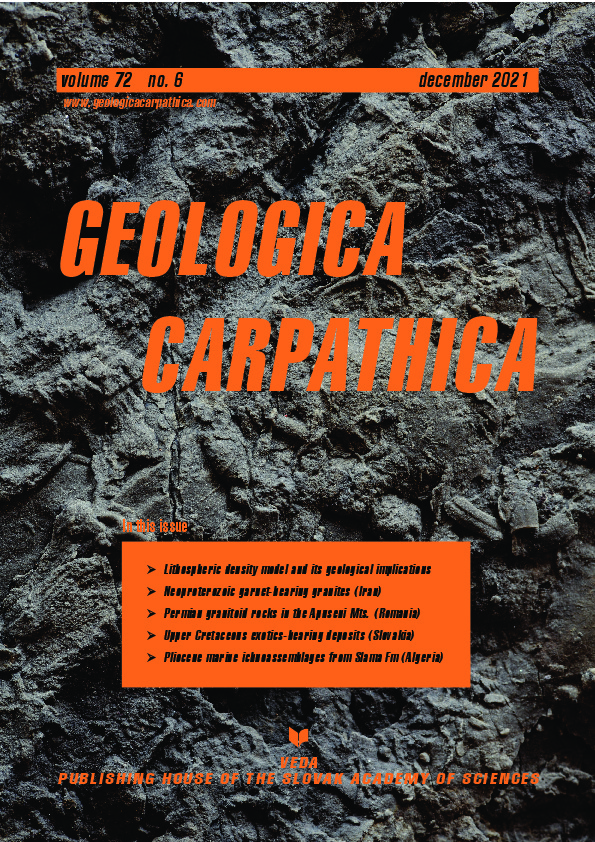