Abstract: This research focuses on two new occurrences of sedimentary concretions in the Subsilesian Unit of the Outer Western Carpathians (Czech Republic) from non-calcareous clays and claystones of the Paleocene to the Eocene age. Powder X-ray diffraction study proved heterogenous matrix, varying in content of siderite, Mn-rich siderite, Ca-rich rhodochrosite and fluorapatite. Electron microscopy revealed microsparitic carbonates with indistinct zoning. According to the geochemical and stable isotope clues the concretions originated in medium to highly reducting environment during early diagenesis. Stable isotope δ13C values (−11.3 and −4.8 ‰ PDB) and δ18O (1.8 and 1.0 ‰ PDB) correspond well to early diagenetic marine carbonates and part of the CO2 was derived from oxidation of biological material. Weathering of concretions has been on the surface and along fissures. While siderite-rich concretions produce goethite, rhodochrosite-­rich concretions produce a cellular structure of todorokite, birnessite and buserite on rims of carbonate cores. Fissure mineralisation contains association of goethite accompanied by native selenium and clausthalite. The origin of the selenium minerals is interpreted as products on the redox barrier between Mn2+/Mn4+ and/or Fe2+/Fe3+, where selenites and selenates are highly soluble but native selenium and selenides are extremely insoluble. 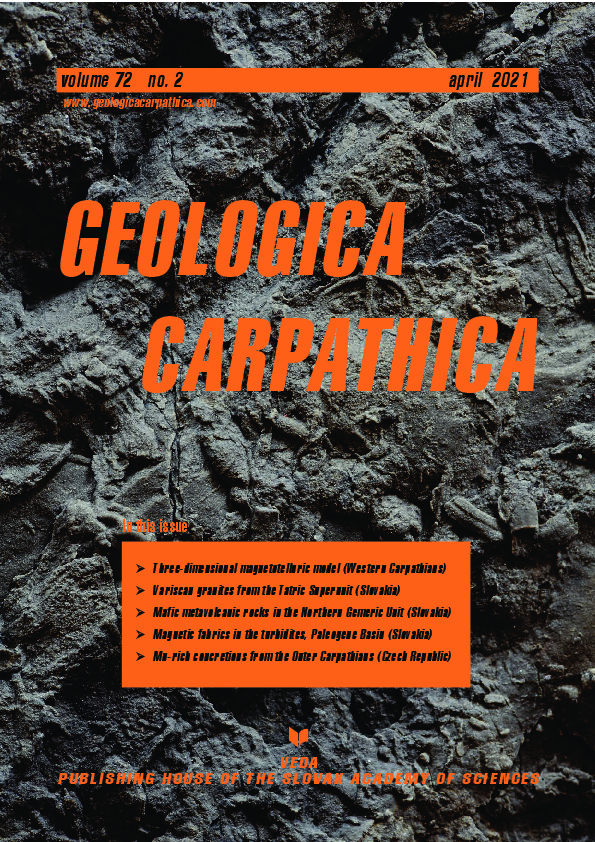