Abstract: This paper presents LA-ICP-MS data for garnets from the Rudnik skarn deposit (Serbia), which range from Grs45–58Adr40–52Alm2–3 in the core and Adr70–97Grs2–29Sps1 in the rim displaying anisotropy and zoning. In spite of wide compositional variations the garnets near the end-member of andradite (Adr > 90) are generally isotropic. Fe-rich rims exhibit LREE depletion and flat HREE pattern with weak negative Eu anomaly, including higher As and W contents. On the other side, the Fe-poorer core shows flat REE pattern without any significant enrichment or depletion of REE, except higher amounts of trace elements, such as U, Th and Zr. Presence of sulphide minerals indicates reduction conditions and Eu divalent state. Different REE behaviour is conditioned by Eu2+ in reduction conditions. The observed variations in optical features and garnet chemistry are the results of their two-stage evolution. The first stage and period of garnet growth is probably buffered by mineral dissolution and reactions in the country rock. The second stage is related to hydrothermal activity when W and Fe were brought into the system probably by a boiling process in the volcanic event in the late Oligocene 23.9 Ma. 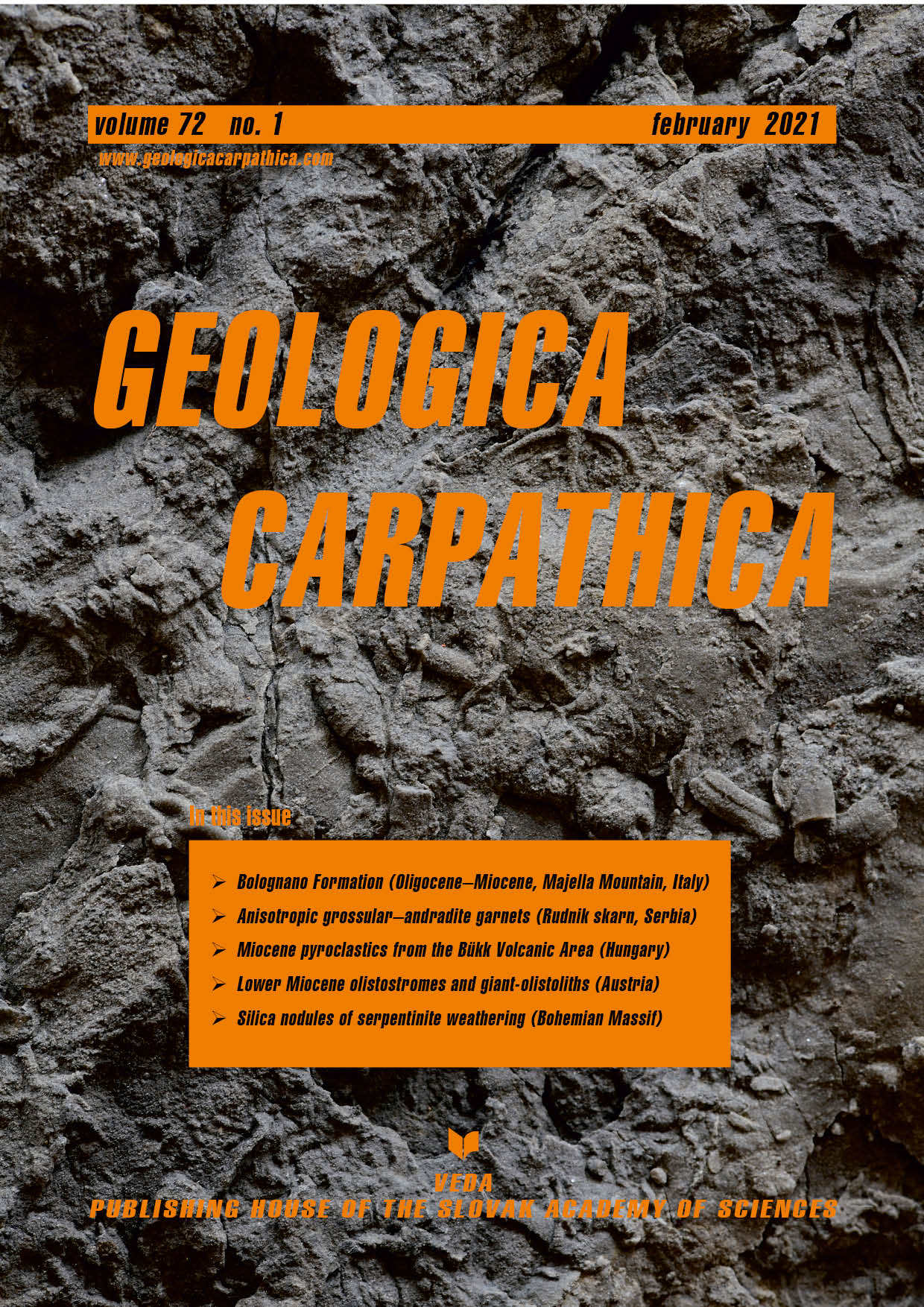