Abstract: The paleoenvironmental and tectonic history at the southwestern end of the Malé Karpaty Mountains was reconstructed using sediment analysis, mineralogy, and dating. Numerical ages using 26Al/10Be burial age dating, 230Th/U ages and luminescence age dating are combined to infer the Pliocene and Pleistocene development of the Hainburg Hills region. This study investigates sediments from two caves separated by a height difference of 92 m as well as aeolian cover sands from a fissure. The cave deposits are very unlike as one is a carbonate precipitate and the other sediment infill, but both preserve information on the uplift/incision at the Alpine-Carpathian border. Emplacement of coarse-grained fluvial deposits from the upper cave was dated to 4.1–4.6 Ma using terrestrial cosmogenic 26Al and 10Be in selected quartz cobbles. Calcite precipitates from the lower cave were 230Th/U dated on three morphologically slightly different cave rafts. Ages calculated from pristine calcite are least prone to alteration and give a time of formation at ~0.31–0.34 Ma. Vertical offset rates calculated from ages and positions above the recent streambed of the Danube vary between 36–42 m/Ma for the higher position and 162 m/Ma at maximum for the lower cave and point to increased uplift/incision that has been described from other areas in the Eastern Alps and the Pannonian Basin System. Deposition of aeolian sand cover was constrained to 13.1–17.2 ka (pIRIR225 signal) and the presence of sand as opposed to its transport/erosion suggests a change in wind velocities at the Hainburg Gate. This can possibly be correlated to the termination of a cold phase with decreasing continentality accompanied by decreasing atmospheric pressure gradients. Minerals such as hematite and smectite as well as traces of poorly crystallized iron oxides found in the matrix of the upper (older) cave, were formed during warm and humid climate conditions facilitating lateritic soil formation. This is a remnant from the late Miocene or Early Pliocene soil that formed in a subtropical climate. 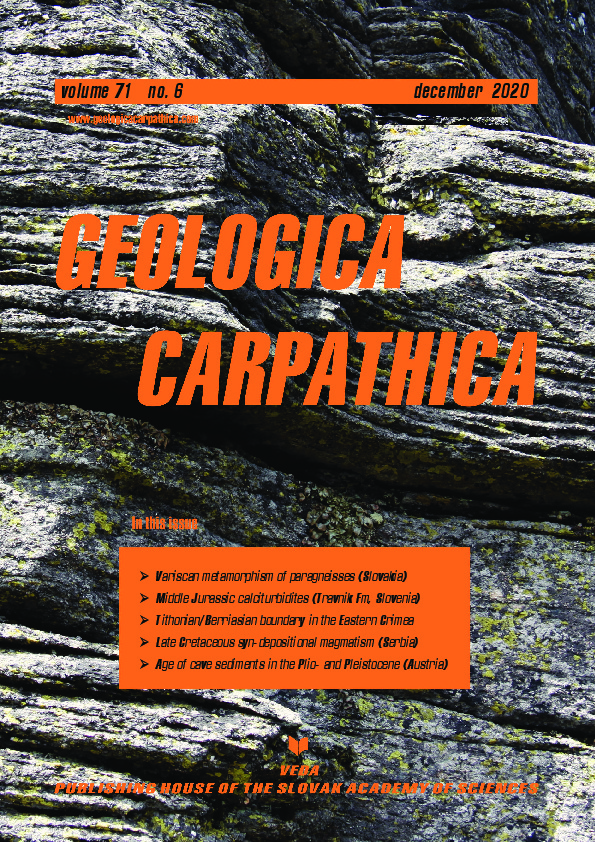