Syn-sedimentary and early deformation structures as indications for Jurassic pre-orogenic deformation in the SW Bükk Mts.

Abstract: Detailed fieldwork was carried out in the SW Bükk Mts. at six locations in order to understand the Jurassic pre-orogenic deformation. All localities expose Middle Jurassic oolitic limestones with grains probably derived from the Adriatic Carbonate Platform and therefore from the Dinaridic passive margin of the Neotethys Ocean. Results of the structural analysis revealed early, soft-sedimentary deformation structures. The observed small-scale normal faults are characterized by rounded, curved shapes without any discrete fault planes (sealed faults) and the displaced beds often thicken towards the faults. These faults were interpreted as syn-sedimentary/syn-diagenetic faults, meaning that the deformation took place in unconsolidated or semi-consolidated sediments. During the early diagenetic silica mobilization, the already-present early faults may have served as conduits of silica-rich fluids, which led to the formation of planar silica injection dykes. Sedimentary slump folds were also identified based on the presence of underlying detachment slip surfaces and the observed thickness changes and onlap surfaces within the folded layers. The significance of these early normal faults and slump folds is that they are the first direct evidence for pre-orogenic deformation in the Bükk Mts. The overall structural data suggest NE–SW or NNE–SSW striking early faults and SE to S verging slump folds in the present-day coordinates. By reconstructing the Cenozoic rotations of the Bükk Mts. this means a roughly NW–SE striking original margin and a south-westward facing paleoslope for the Middle Jurassic. Considering the paleogeographic setting of the Adriatic Platform, this paleoslope direction is possible if the deposition area was located above a deeply submerged tilted normal fault block or alternatively, along the landward side of a larger intra-oceanic high. The extensional structures may indicate that the Bükk Mts. were closer to the passive margin than the already ongoing intra-oceanic subduction and related trench, all governed by compression. 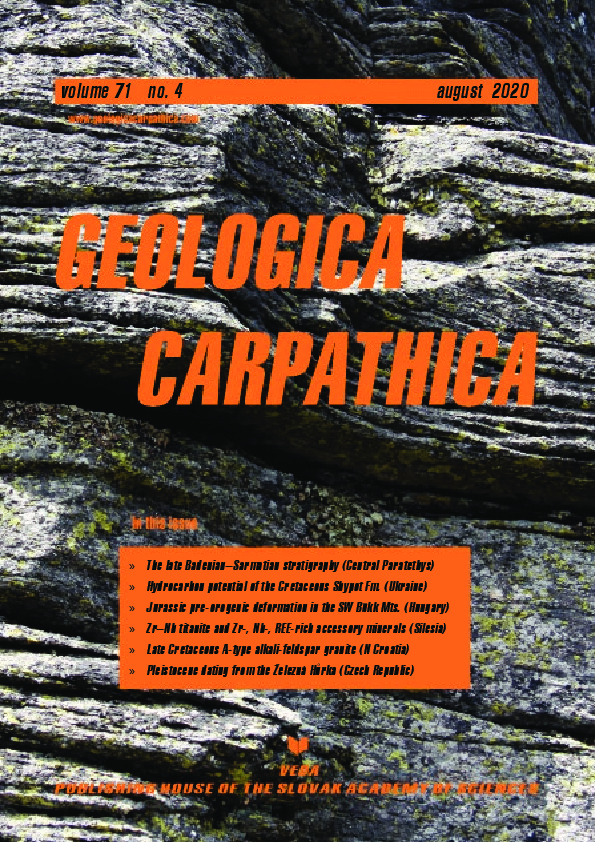