Geoelectrically distinct zones in the crust of the Western Carpathians: A consequence of Neogene strike-slip tectonics

Abstract: Seismic reflection profile 2T is one of the best known geophysical profiles in the Carpathian region. It is very interesting from the geological point of view, because it cross-cuts all the basic tectonic units of the Western Carpathians. This profile was only interpreted by seismic methods and has never been modelled by the magnetotelluric method or compared with results of other geophysical methods. This missing study is the main objective of our paper and results in the new interpretation of the Western Carpathian crustal structure. The 2T profile can be divided into four main independent tectonic zones from an electrical conductivity viewpoint, and this is also supported by information from seismic, gravimetric and partly geothermic results. The first zone from the north is the segment of the Outer Western Carpathians with conductive sedimentary sequences of the Flysch belt overriding the non-conductive European platform. The following zone is represented by resistive migmatitic complexes of the Tatric Unit. The next zone to the south is composed from much more conductive metamorphic complexes of the Veporic Unit. The southernmost zone is characterized by very conductive structures in the whole crust. The boundaries of the zones in the geophysical cross-sections are manifested by subvertical Neogene (Neoalpine) strike-slip zones. The 2-D zones visible in the cross-sections and on the maps are the projections of the separate independent crustal segments. Older tectonic structures (mainly the Paleo-alpine and Hercynian overthrusts) are preserved inside these crustal segments. 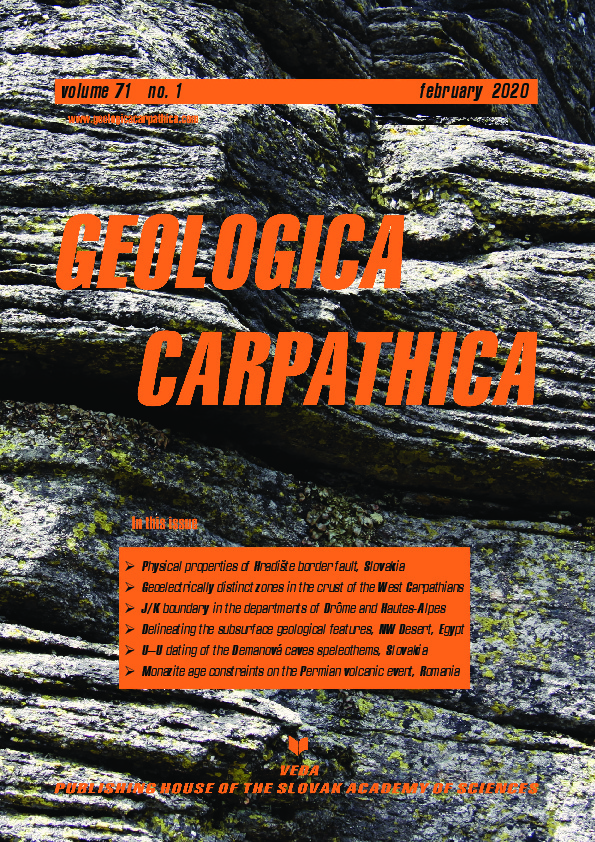