Abstract: A rigorous processing and analysis of the gravity data with seismic reflection and borehole information enabled a general view of the deep-seated regional structures in the West Gharib-Bakr area, Eastern Desert, Egypt. In this context, several interpretational techniques were applied to learn more about the supra-basement structures and intra­basement sources. The interpretation started with a review of the seismic data to clarify the structural elements on top of the Miocene strata, where a number of isochronous reflection maps were constructed and had migrated into depth maps. The Bouguer anomaly map was processed using Fast Fourier Transform filtering based on spectral analysis to separate the gravity anomalies into its components. Gravity stripping was also performed under the seismic isopachs and density controls. The gravity effect of each rock unit was calculated and progressively removed from the original data to obtain a new gravity map on top of the Pre-Miocene. To ensure more reliable results, further filtering and analytical processes were applied to the stripped map. The results of seismic analysis show simple structural configurations at the Miocene level, with a significant increase of evaporite thickness along the Gulf of Suez coast. In contrast, analysis of the stripped gravity map reveals a more intricate structure at the Pre-Miocene level, with increasing numbers/lengths of faults on the basement surface. Lineament analysis shows two major peaks trending N0–20°W and N50–70°E, produced by two main forces in NNW–SSE (compression) and ENE–WSW (tension) directions. The models confirmed a rough and ruptured basement surface, with no evidence of any magmatic intrusions penetrating the sediments. The basement relief map delineates five basins/sub-basins in the area which are separated from each other by ridges/saddles. 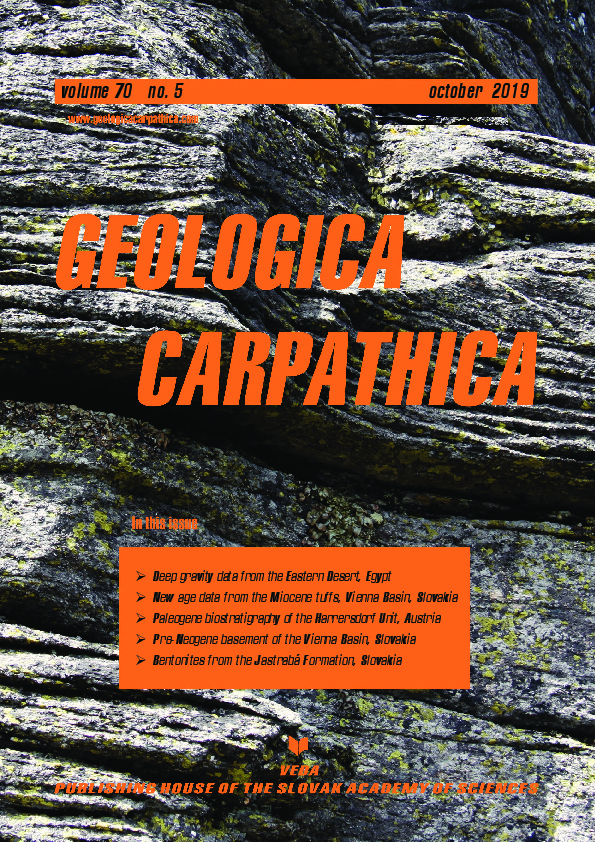