Miocene paleogeography and biostratigraphy of the Slovenj Gradec Basin: a marine corridor between the Mediterranean and Central Paratethys

Abstract: The Miocene evolution of the area transitional from the Eastern Alps to the Pannonian Basin System was studied through the paleogeographic evolution of the Slovenj Gradec Basin in northern Slovenia. It is based on mapping, section logging, nannoplankton biostratigraphy, and petrography. The results are correlated with the lithological column of the borehole MD-1/05. The evolution of the basin is connected with the development of the Pannonian Basin System, and the global 3rd order cycles, which influenced the connection with the Mediterranean Sea. Sedimentation started in the Karpatian in a fluvial to lacustrine environment and terminated at the end of the Early Badenian. During this period, three transgression–regression cycles were recorded. The first transgression occurred in the Karpatian and corresponds to the TB 2.2. cycle. The sediments reflect proximity of the hinterland. After a short break in sedimentation, the Early Badenian deposition followed. It marks the second transgression into the SGB, the first Badenian, correlated with the TB 2.3 cycle. There are signs of a transitional environment, which evolved to marine in advanced stages. At the highstand system tract, the sea flooded the entire Slovenj Gradec Basin. Subsequent reduced quantity and diversity of the microfossils marks the onset of the second regression stage. It is followed by the third transgression, the second in the Badenian, correlated with the TB 2.4 cycle. The late Early Badenian deposition continued in the lower-energy, though occasionally still turbulent environment. Silty sediments with upward increasing content of organic matter indicate shallowing of the basin, until its final diminishing. Layers of fresh-water coal already bear witness to the existence of restricted swamps. After the Early Badenian, the area of the Slovenj Gradec Basin became dry land, exposed to erosion. 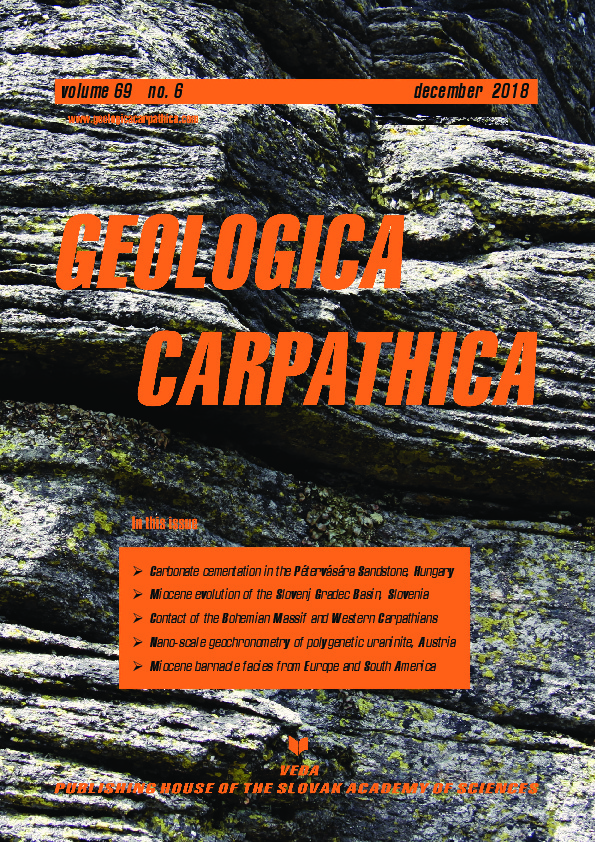