Abstract: Deep-sea channels are one of the architectonic elements, forming the main conduits for sand and gravel material in the turbidite depositional systems. Deep-sea channel facies are mostly represented by stacking of thick-bedded massive sandstones with abundant coarse-grained material, ripped-up clasts, amalgamation and large scale erosional structures. The Manasterz Quarry of the Ropianka Formation (Upper Cretaceous, Skole Nappe, Carpathians) contains a succession of at least 31 m of thick-bedded high-density turbidites alternated with clast-rich sandy debrites, which are interpreted as axial deposits of a deep-sea channel. The section studied includes 5 or 6 storeys with debrite basal lag deposits covered by amalgamated turbidite fills. The thickness of particular storeys varies from 2.5 to 13 m. Vertical stacking of similar facies through the whole thickness of the section suggest a hierarchically higher channel-fill or a channel complex set, with an aggradation rate higher than its lateral migration. Such channel axis facies cannot aggrade without simultaneous aggradation of levee confinement, which was distinguished in an associated section located to the NW from the Manasterz Quarry. Lateral offset of channel axis facies into channel margin or channel levee facies is estimated at less than 800 m. The Manasterz Quarry section represents mostly the filling and amalgamation stage of channel formation. The described channel architectural elements of the Ropianka Formation are located within the so-called Łańcut Channel Zone, which was previously thought to be Oligocene but may have been present already in the Late Cretaceous. 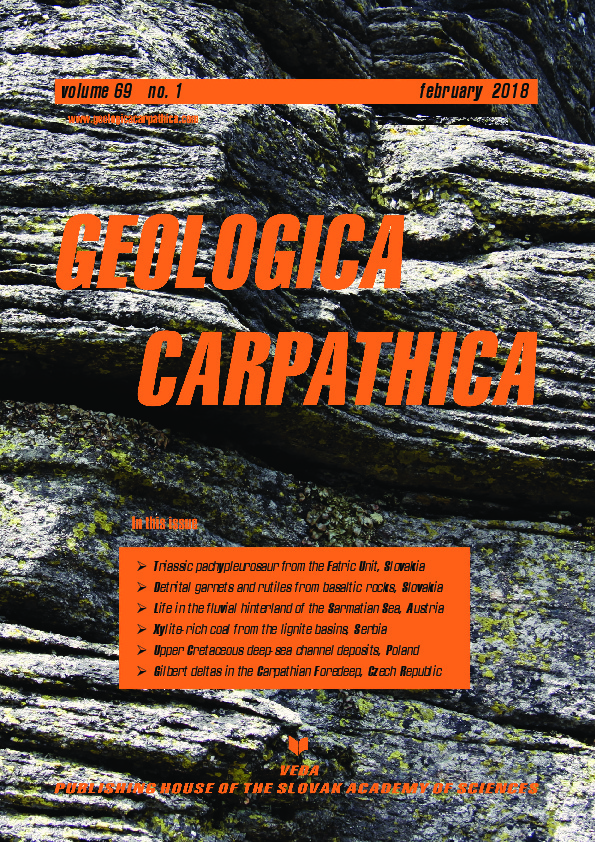