Geological evolution of the southwestern part of the Veporic Unit (Western Carpathians): based on fission track and morphotectonic data

Abstract: Zircon and apatite fission track (FT) and morphotectonic analyses were applied in order to infer quantitative constraints on the Alpine morphotectonic evolution of the western part of the Southern Veporic Unit which is related to: (1) Eo-Alpine Cretaceous nappe stacking and metamorphism of the crystalline basement in the greenschist facies. (2) Exhumation phase due to underthrusting of the northerly located Tatric-Fatric basement (~ 90–80 Ma), followed by a passive en-block exhumation with cooling through ~ 320–200 °C during the Palaeocene (ZFT ages of ~ 61–55 Ma). (3) Slow Eocene cooling through ~ 245–90 °C, which most likely reflected erosion of the overlying cover nappes and the Gosau Group sediments. Cooling reached up to 60 °C till the Oligocene (AFT ages of ~ 37–22 Ma) in association with erosion of cover nappes. The efficient Eocene erosion led to the formation of the first Cenozoic planation surface with supergene kaolinization in many places. (4) The early Miocene erosion coincided with surface lowering and resulted in the second planation surface favourable for kaolinization. (5) In the middle Miocene, the study area was covered by the Poľana, Javorie, and Vepor stratovolcanoes. (6) The late Miocene stage was related to the erosion and formation of the third Cenozoic planation surface and the final shaping of the mountains was linked to a new accelerated uplift from the Pliocene. 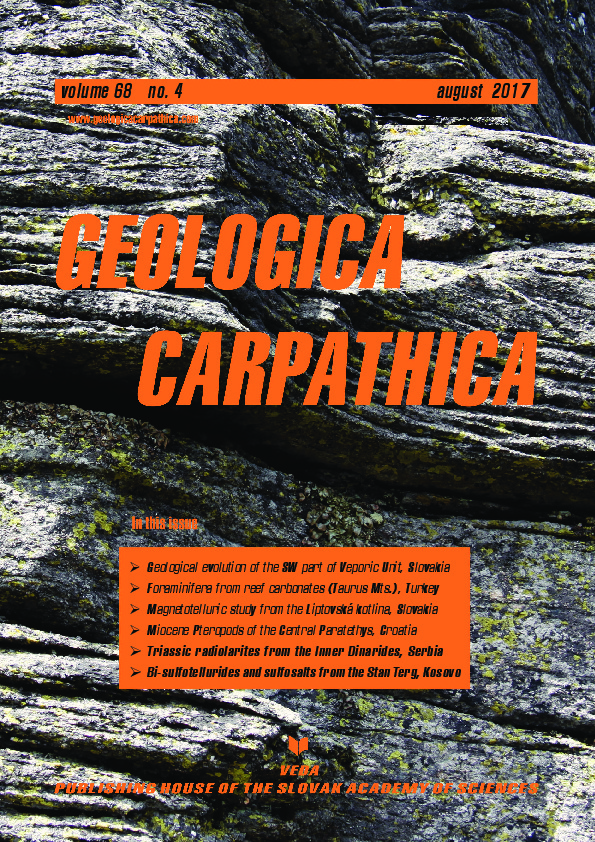