Abstract: This paper proposes a morphoevolutionary model for western Sicily. Sicily is a chain–foredeep–foreland ­system still being built, with tectonic activity involving uplift which tends to create new relief. To reconstruct the ­morphoevolutionary model, geological, and geomorphological studies were done on the basis of field survey and aerial photographic interpretation. The collected data show large areas characterized by specific geological, geomorphological, and topographical settings with rocks, landforms, and landscapes progressively older from south to north Sicily. The achieved results display: (1) gradual emersion of new areas due to uplift, its interaction with the Quaternary ­glacio-eustatic oscillations of the sea level, and the following production of a flight of stair-steps of uplifted marine ­terraces in southern Sicily, which migrates progressively upward and inwards; in response to the uplift (2) triggering of down-cutting processes that gradually dismantle the oldest terraces; (3) competition between uplift and down-cutting processes, which is responsible for the genesis of river valleys and isolated rounded hills in central Sicily; (4) continuous deepening over time that results in the exhumation of older and more resistant rocks in northern Sicily, where the higher heights of Sicily are realized and the older forms are retained; (5) extensional tectonic event in the northern end of Sicily, that produces the collapse of large blocks drowned in the Tyrrhenian Sea and sealed by coastal-marine deposits during the Calabrian stage; (6) trigger of uplift again in the previously subsiding blocks and its interaction with coastal processes and sea level fluctuations, which produce successions of marine terraces during the Middle–Upper Pleistocene stages. 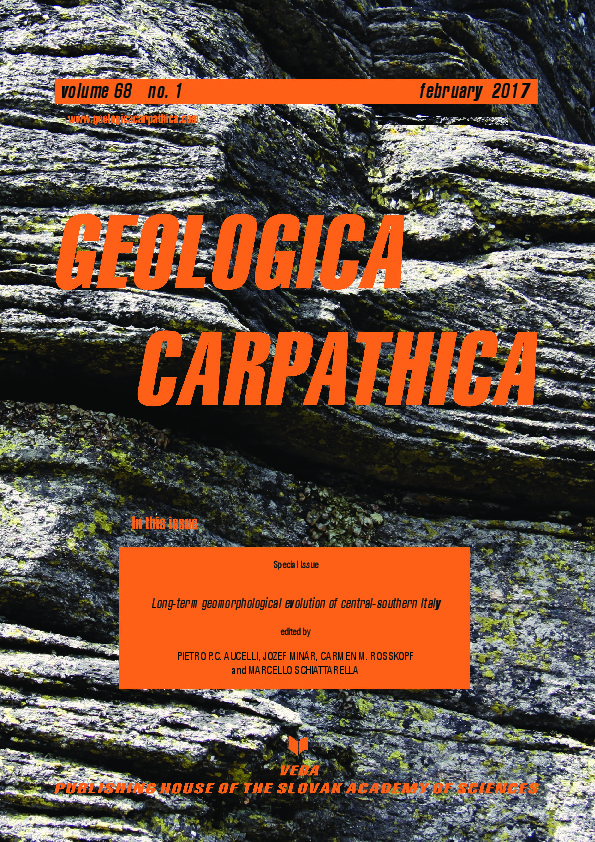