Age and provenance of mica-schist pebbles from the Eocene conglomerates of the Tylicz and Krynica Zone (Magura Nappe, Outer Flysch Carpathians)

Abstract: During the Late Cretaceous to Palaeogene, the Magura Basin was supplied by clastic material from source areas situated on the northern and southern margins of the basin, which do not outcrop on the surface at present. The northern source area is traditionally connected with the Silesian Ridge, whereas the position of the southern one is still under discussion. A source area situated SE of the Magura Basin supplied the Eocene pebbly para-conglomerates containing partly exotic material. The studied clastic material contains fragments of crystalline rocks, and frequent clasts of Mesozoic to Palaeogene deep and shallow-water limestones. Numerous mica schists, scarce volcanites and granitoids as well as gneisses, quartzites and cataclasites were found in the group of crystalline exotic pebbles. Monazite ages of “exotic” mica-schist pebbles from the Tylicz, Zarzecze and Piwniczna-Mniszek sections document the Variscan 310±10 Ma age of metamorphic processes. The provenance of these exotic rocks could be connected with a remote source area located SE of the Magura Basin, which could be the NW part of the Dacia Mega Unit. The idea is strongly supported by palaeotransport directions from the SE, the absence of material derived from the Pieniny Klippen Belt, the presence of shallow water limestones, typical facies of the Median Dacides belt and metamorphic age distribution proved by monazite dating. 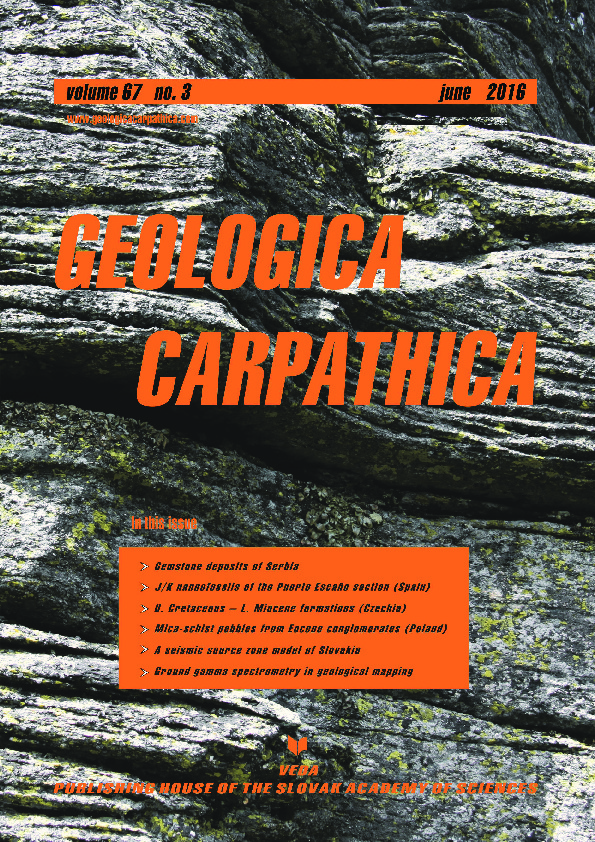