Abstract: The Turňa Unit (Turnaicum, Tornaicum) is one of the three nappe systems involved in the geological structure of the inner zones of the Western Carpathians. The unit is formed by a system of partial nappes and duplexes, which overlie the Meliata Unit s.l. and are overridden by the Silica Nappe. The Slovenská skala partial nappe in the investigated area includes clastic sediments of the mid-Carboniferous, Permian and Early Triassic age, followed by mostly deep-water Middle–Upper Triassic succession predominantly composed of carbonates. Structural analysis of cleavage planes and folds was carried out predominantly in the Lower Triassic Werfen Formation. The measured deformational structures are polygenetic and were principally formed in three successive deformation stages. The first deformation stage is represented by bedding-parallel, very low-grade metamorphic foliation that was related to nappe stacking and formation of the Mesozoic accretionary wedge during the latest Jurassic and earliest Cretaceous. The second deformation stage is represented by systems of open to closed, partly asymmetric folds with SW–NE oriented, steeply NW- or SE-dipping axial-plane cleavage. Regionally, the folded bedding planes are usually moderately SE-ward dipping, the NW-ward and subvertical dips are less common. The mesoscopic fold structures predominantly occur in the SW–NE trending anticlinal and synclinal hinge zones of large-scale folds. These structures evolved in a compressional tectonic regime with the NW–SE to N–S orientation of the maximum compressional axis. The third observed deformation stage was activated during ENE–WSW oriented shortening. This stage is chiefly represented by open, kink-type folds. Some inferences for regional structures and tectonic evolution of the area are discussed as well. 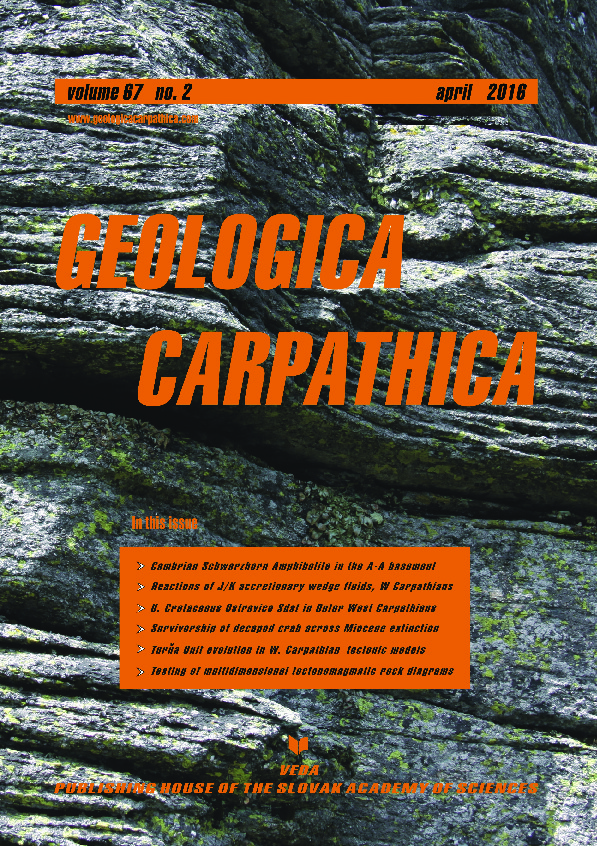