Abstract: In this paper we present the petrography and geochemistry of a recently collected lherzolite-websterite xeno- lith series and of clinopyroxene xenocrysts, hosted in Upper Cretaceous—Paleogene basanites of Poiana Ruscă (Romania), whose xenoliths show notable orthopyroxene-enrichment. In the series a slightly deformed porphyroclastic-equigranular textured series could represent the early mantle characteristics, and in many cases notable orthopyroxene growth and poikilitic texture formation was observed. The most abundant mantle lithology, Type A xenoliths have high Al- and Na-contents but low mg# of the pyroxenes and low cr# of spinel suggesting a low degree ( < 10 %) of mafic melt removal. They are also generally poor in overall REE-s (rare earth elements) and have flat REY (rare earth elements + Y) patterns with slight LREE-depletion. The geochemistry of the Type A xenoliths and calculated melt composition in equilibrium with the xenolith clinopyroxenes suggests that the percolating melt causing the poikilitization can be linked to a mafic, Al-Na-rich, volatile-poor melt and show similarity with the Late Cretaceous—Paleogene (66—72 Ma) subduc- tion-related andesitic magmatism of Poiana Ruscă. Type B xenoliths, with their slightly different chemistry, suggest that, after the ancient depletion, the mantle went through a slight metasomatic event. A subsequent passage of mafic melts in the mantle, with similar compositions to the older andesitic magmatism of Poiana Ruscă, is recorded in the pyroxenites (Fe-rich xenoliths), whereas the megacrysts seem to be cogenetic with the host basanite. The Poiana Ruscă xenoliths differ from the orthopyroxene-enriched mantle xenoliths described previously from the Carpathian-Pannonian Region and from the Dacia block. 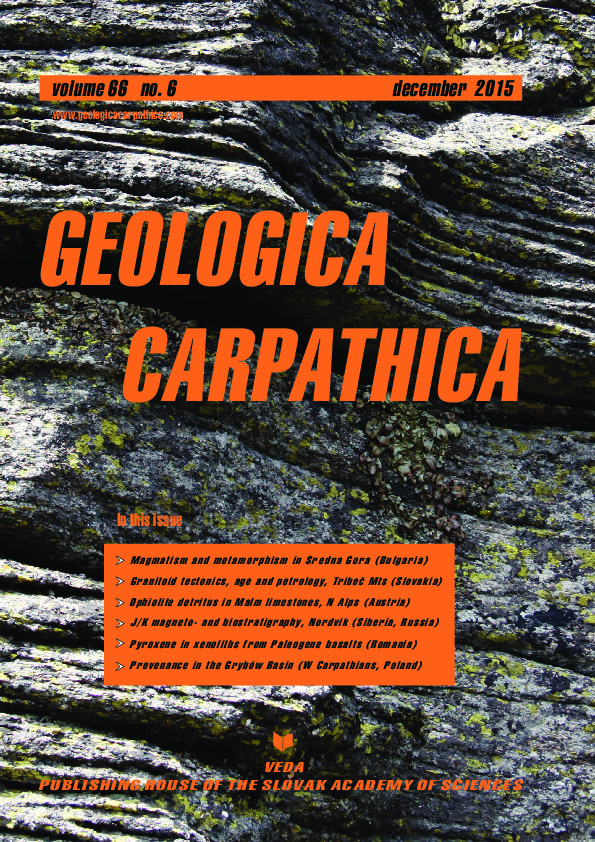