Abstract: The floor of Lake Pannon covering the Pannonian Basin in the Late Miocene had considerable relief, including both deep sub-basins, like the Drava Basin, and basement highs, like the Mecsek Mts, in close proximity. The several km thick lacustrine succession in the Drava Basin includes profundal marls, basin-center turbidites, overlain by shales of basin-margin slopes, coarsening-upward deltaic successions and alluvial deposits. Along the margin of the Mecsek Mts locally derived shoreface sands and deltaic deposits from further away have been mapped so far on the surface. Recent field studies at the transition between the two areas revealed a succession that does not fit into either of these environments. A series of sandstone a few meters thick occurs above laminated to bioturbated clayey siltstone. The sandstone show normal grading, plane lamination, flat erosional surfaces, soft-sediment deformations (load and water-escape structures) and sharp-based beds with small reverse faults and folds. These indicate rapid deposition from turbidity currents and their deformation as slumps on an inclined surface. These beds are far too thick and may reveal much larger volumes of mass wasting than is expected on the 20—30 m high delta slopes; however, regional seismic lines also exclude outcropping of deep-basin turbidites. We suggest that slopes with transitional size (less than 100 m high) may have developed on the flank of the Mecsek as a consequence of lake-level rise. Although these slopes were smaller than the usually several hundred meter high clinoforms in the deep basins, they could still provide large enough inertia for gravity flows. This interpretation is supported by the occurrence of sublittoral mollusc assemblages in the vicinity, indicating several tens of meters of water depth. Fossils suggest that sedimentation in this area started about 8 Ma ago. 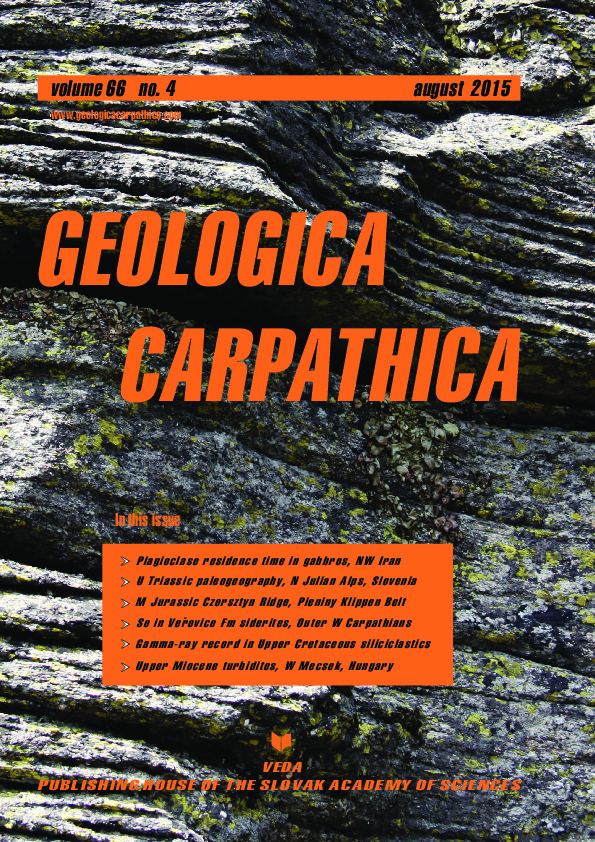