Abstract: The petrography and mineral chemistry of the coarse-grained, weakly porphyritic (muscovite-) biotite Říčany granite (Variscan Central Bohemian Plutonic Complex, Bohemian Massif) were studied in order to assess the distribu- tion of major and trace elements among its minerals, with consequences for granite petrogenesis and availability of geochemical species during supergene processes. It is demonstrated that chemistry-based approaches are the best suited for modal analyses of granites, especially methods taking into account compositions of whole-rock samples as well as their mineral constituents, such as constrained least-squares algorithm. They smooth out any local variations (mineral zoning, presence of phenocrysts, schlieren…) and are robust in respect to the presence of phenocrysts or fabrics. The study confirms the notion that the accessory phases play a key role in incorporation of many elements during crystalli- zation of granitic magmas. Especially the REE seem of little value in petrogenetic modelling, unless the role of acces- sories is properly assessed and saturation models for apatite, zircon, monazite±rutile carefully considered. At the same time, the presence of several P-, Zr- and LREE-bearing phases may have some important consequences for saturation thermometry of apatite, zircon and monazite. 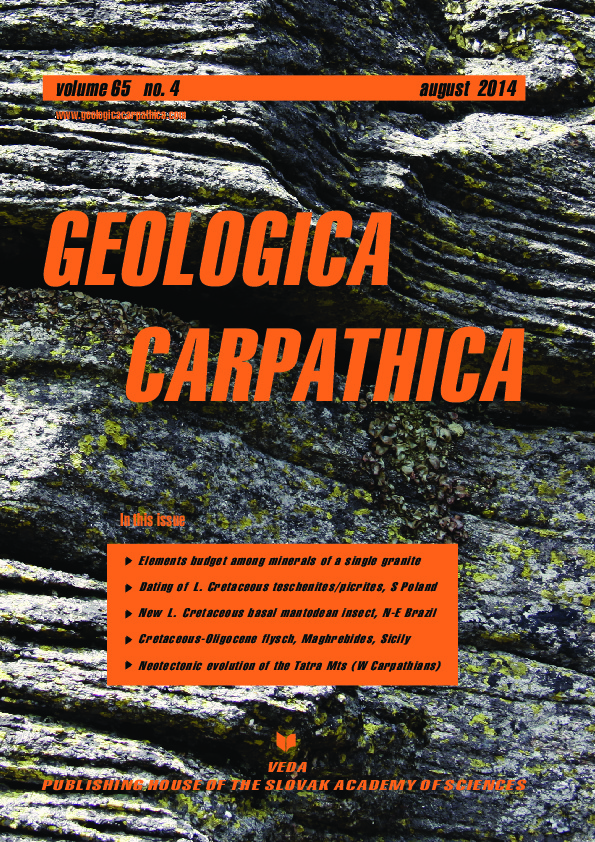