Abstract: This study identifies the major mineralized zones including supergene enrichment and hypogene enrichment in the Kahang Cu-Mo porphyry deposit which is located in Central Iran based on subsurface data and utilization of the concentration-volume (C-V) fractal model. Additionally, a correlation between results achieved from a C-V fractal model and geological models consisting of zonation, mineralography and alteration have been conducted in order to have an accurate recognition and modification of the main mineralized zones. Log-log plots indicate five geochemical populations for Cu and Mo in the deposit which means that mineralization commences with 0.075 % and 13 ppm for Cu and Mo (as the first thresholds) respectively. The main mineralization began for Cu≥0.42 % and Mo≥100 ppm and also enriched mineralization containing Cu≥1.8 % and Mo≥645 ppm which is located in the central part of the deposit. According to the C-V model, the main Cu-Mo mineralized zones occur in the hypogene zone, especially in the central, NW and NE parts of the Kahang deposit. The supergene enrichment zone derived via the C-V model is smaller than that in the geological model and is located in the central and eastern parts of the deposit. Results analysed by the C-V fractal model certify that the interpreted zones based on the fractal model are accurate. To certify this, a logratio matrix has been employed to validate the C-V fractal model for the Cu and Mo main mineralized zones. 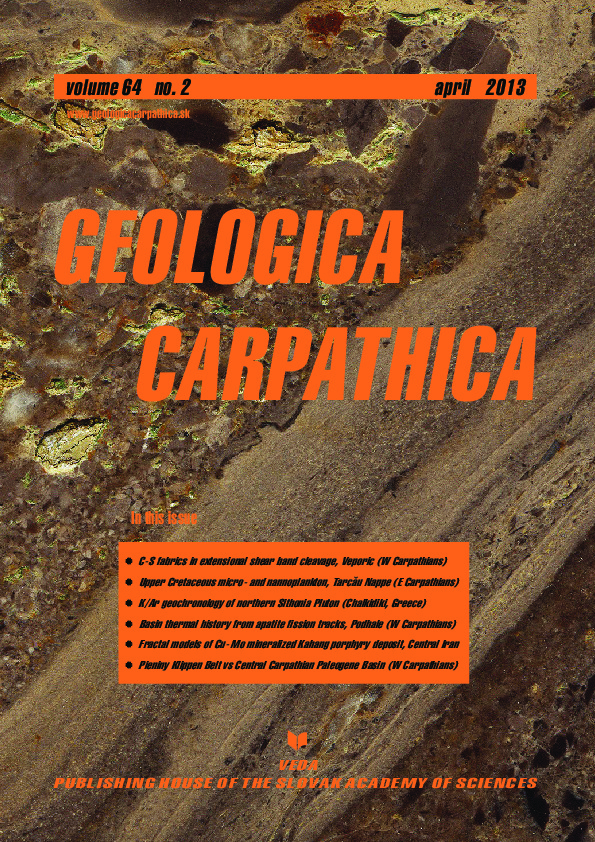