Magnetic field of the Western Carpathians (Slovakia): reflections on the structure of the crust

Abstract: A new digital magnetic map of Slovakia on the scale of 1:200,000 and 1:500,000 was compiled at the end of 2008 as the output of database magnetic objects from the whole territory of Slovakia at a scale of 1:50,000. The variable geological structure of the West Carpathian crust is depicted in the equally variable magnetic field of this region. A sizable number of magnetic anomalies with manifold character have been recognized. The basic anomalies distribution was divided into two groups: anomalies connected with rocks of the pre-Neogene basement and anomalies which originate in Neogene and Quaternary volcanic products. Most of the significant anomalies in the pre-Neogene basement were interpreted, modelled and consequently its geological and tectonic classification was worked out. On the basis of the anomalous field features, the following sources of anomalies have been distinguished: a) known, located on the surface, or at shallow depths verified by boreholes, mainly expressed by simple morphology, b) deep-seated and expressed by complicated morphology, reinterpreted or newly interpreted and also problematic. According to our present knowledge the interpretations are insufficient and remain open for further investigation. The above mentioned sources of magnetic anomalies are classified in terms of tectonic provenience to the main tectonic units. 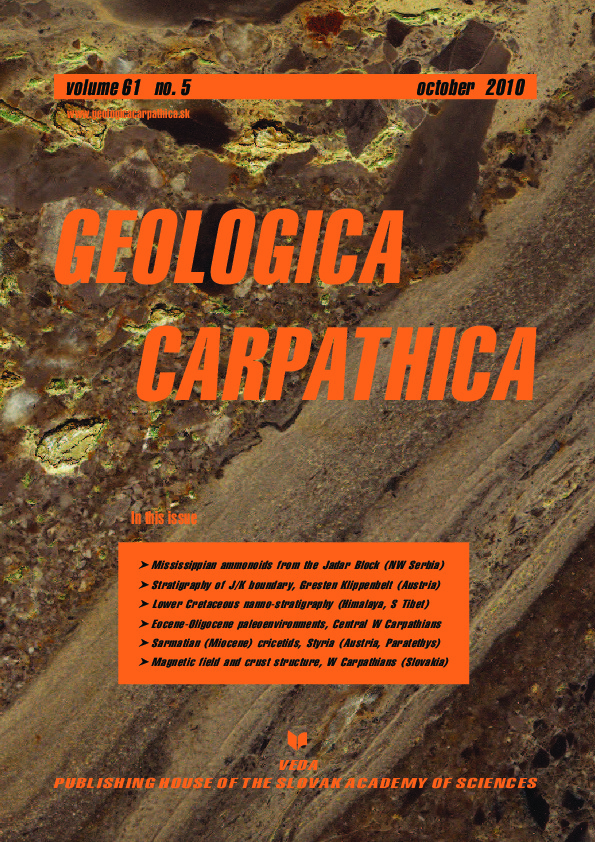