Abstract: Strongly deformed and metamorphosed sediments in the Studenica Valley and Kopaonik area in southern Serbia expose the easternmost occurrences of Triassic sediments in the Dinarides. In these areas, Upper Paleozoic terrigenous sediments are overlain by Lower Triassic siliciclastics and limestones and by Anisian shallow-water carbonates. A pronounced facies change to hemipelagic and distal turbiditic, cherty metalimestones (Kopaonik Formation) testifies a Late Anisian drowning of the former shallow-water carbonate shelf. Sedimentation of the Kopaonik Formation was contemporaneous with shallow-water carbonate production on nearby carbonate platforms that were the source areas of diluted turbidity currents reaching the depositional area of this formation. The Kopaonik Formation was dated by conodont faunas as Late Anisian to Norian and possibly extends into the Early Jurassic. It is therefore considered an equivalent of the grey Hallstatt facies of the Eastern Alps, the Western Carpathians, and the Albanides–Hellenides. The coeval carbonate platforms were generally situated in more proximal areas of the Adriatic margin, whereas the distal margin was dominated by hemipelagic/pelagic and distal turbiditic sedimentation, facing the evolving Neotethys Ocean to the east. A similar arrangement of Triassic facies belts can be recognized all along the evolving Meliata-Maliac-Vardar branch of Neotethys, which is in line with a ‘one-ocean-hypothesis’ for the Dinarides: all the ophiolites presently located southwest of the Drina-Ivanjica and Kopaonik thrust sheets are derived from an area to the east, and the Drina-Ivanjica and Kopaonik units emerge in tectonic windows from below this ophiolite nappe. On the base of the Triassic facies distribution we see neither argument for an independent Dinaridic Ocean nor evidence for isolated terranes or blocks. 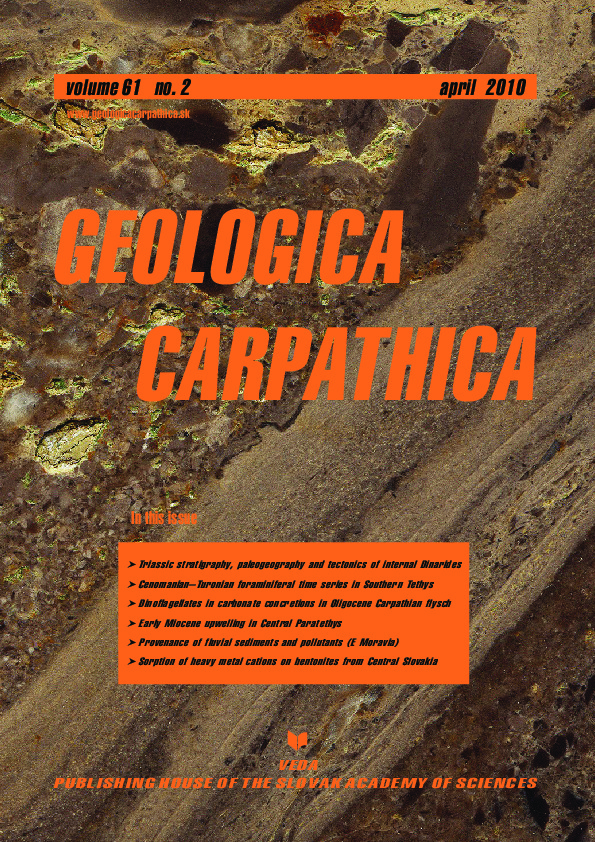