Abstract: Integration of the information from surface and subsurface geological exploration (maps and well sections) and results of geological reinterpretation of more than ten archival seismic sections and several dozen magnetotelluric soundings (MT; published and archival) implies a new structural picture of the Carpathian tectogene, interpreted to depths exceeding 10 km. The tectonics of nappes and their basement is illustrated by four regional cross-sections (derived from geological and petroleum-exploration traverses) and examples of detailed interpretation of zones with complicated structure, as well as results of testing the initial structural models with application of the balanced cross-section method and gravimetric modelling. In the tectonics, a complicated system of overthrusts and detachments of sedimentary covers (from their heterogeneous basement) represents a predominant feature. It induced, within particular nappes and tectonically altered structural-facies units, specific systems of narrow folds with diversified geometries. Broad folds of the intermediate structural stage, which are gently sloping in the hinterland of the nappes, were interpreted on the basis of geophysics as paraautochthonous elements. They cover deep-seated faults with large throws, which obliquely or subvertically dip to the SW and were distinguished in the basement on the grounds of extreme contrasts at the resistivity boundaries. Zones of dramatically low resistivities, which separate blocks of the uplifted basement, were interpreted as tectonic sutures with geometry rebuilt in the stage of the Neogene lithosphere subduction. Therefore, the structural layout of the sedimentary cover is characterized by more gently dipping nappe overthrusts of the sequential type and secondary, out-of-sequence thrust slices, most frequently imbricate ones. The flysch covers resting over the tectonic sutures, particularly in margins of inherited structural depressions, are characterized by more diversified tectonic style in comparison with peripheral, gently-sloping covers thrust over the flexural platform slope, and with steep slices and imbricate thrusts having consequent NE vergence. A specific type of dislocation is represented by flat inversional detachments (seismically documented) which are accompanied by disharmonic folding of “thin-skinned” structural elements. In the eastern part of the foreland of the Dukla overthrust, they form a developed system of backthrusts on the slope of a triangular structure superposed on a “shallower” tectonic suture of the basement; the system replaces sets of fault-propagation folds developed in the eastern part of this zone. 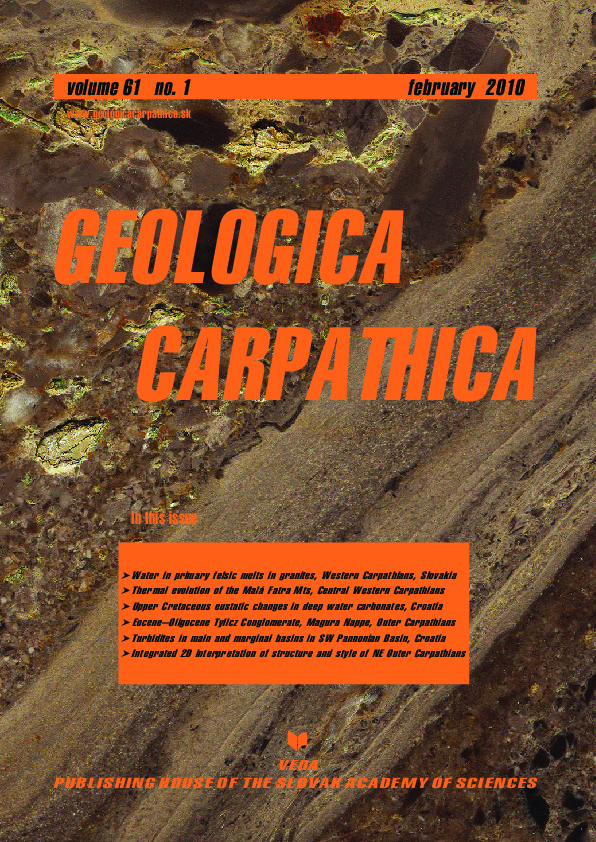