Abstract: The Poiana Botizei–Tibles–Toroiaga–Rodna–Bârgâu intrusive area (PBTTRB), northwest Romania, known as the “Subvolcanic Zone”, is located between the Gutâi (NW) and Câlimani (SE) volcanic massifs. It consists of rocks displaying a wide range of compositions and textures: equigranular or porphyritic with holocrystalline groundmass (gabbro-diorites, diorites, monzodiorites and granodiorites), and/or porphyritic with fine holocrystalline or glassy-cryptocrystalline groundmass, similar with effusive rocks: basalts, basaltic andesites, andesites, dacites and rhyolites. The time-span of intrusive rocks emplacement is similar with the nearest calc-alkaline volcanic rocks from Gutâi (NW) and Câlimani (SE) massifs. They are represented by stocks, laccoliths, dykes and sills typical for an upper crustal intrusive environment. In the absence of biostratigraphic evidence, a comprehensive K-Ar study of intrusive rocks using whole rock samples, groundmass and monomineral fractions (biotite, hornblende) has been carried out in order to understand the magmatic evolution of the area. The oldest K-Ar ages recorded in the analysed rocks are close to 11.5 Ma and magmatism continued to develop until about 8.0 Ma. The inception of intrusion emplacement in the PBTTRB is coeval with intrusive activity spatially related to volcanism within the neighbouring Gutâi and Câlimani massifs. However, its culmination at ca. 8 Ma ago is younger than the interruption of this activity at ca. 9.2 Ma in Gutâi and Câlimani Mts where intrusive activity resumed for ca. 1 Myr. These circumstances strongly suggest that the geodynamic evolution of the area controlled the development of both volcanic and intrusive activity and their reciprocal relationships. The overall geological data suggest that in the PBTTRB intra-lithospheric transpressional-transtensional tectonic processes controlled the generation and emplacement of intrusive bodies between ca. 12–8 Ma. 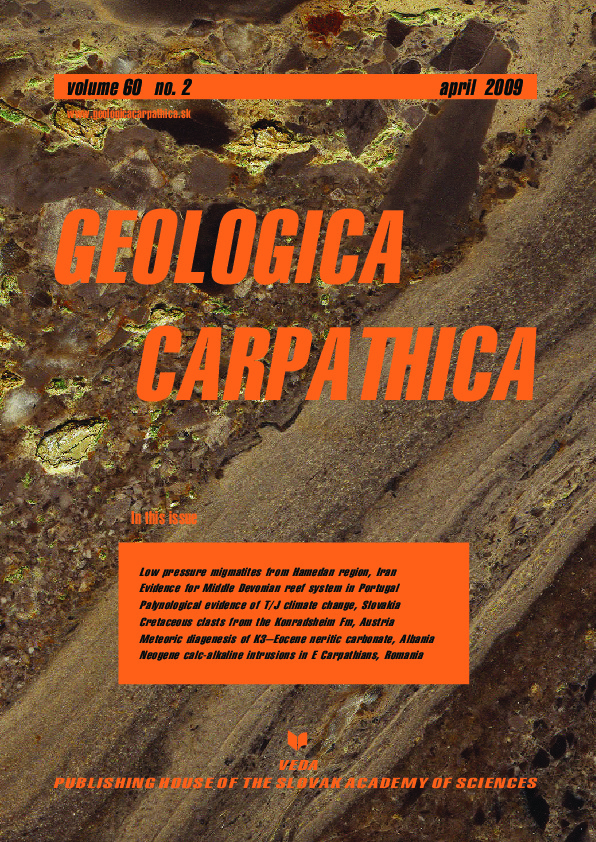