Abstract: Two-dimensional gravity modelling was applied along six seismic reflection profiles measured across the Krsko basin within the framework of seismic hazard assessment studies at the location of Krsko nuclear power plant and for oil exploration. The aim was to provide additional insight into structural interpretation of the pre-Tertiary bedrock of the basin, because the quality of the seismic profiles acquired with various techniques over an extended time span is fairly heterogeneous. The Krsko basin, located on the rim of the Pannonian basin, is filled with up to 2 km of Neogene to Quaternary molasse sediments. The geometry of the gravity models was based on interpretation of seismic reflection profiles from three different surveys. A density of 2.5 g/cm3 was used for the pre-Tertiary carbonate bedrock and values from 2.3 g/cm3 to 2.0 g/cm3 for the sequence of Neogene to Quaternary deposits, composed of marl, sand, silt and limestone. Calculated anomalies were compared with observed gravity anomalies extracted from the two detailed surveys of the area. In general, a good fit was obtained; some exceptions may originate in undetected density variations or in violation of the 2D approximation near the basin margins. The findings of the gravity modelling are consistent with the interpretation of seismic reflection data, which considers the Krsko basin to be a fairly regular syncline without normal faults at the northern and southern margin, assumed in previous works. The modelling showed that gravity data are useful for interpolation of the shape of the basin’s bedrock between seismic profiles. The structural map of the pre-Tertiary basement was constructed showing two depressions with a maximum depth of 1600 and 2100 m. 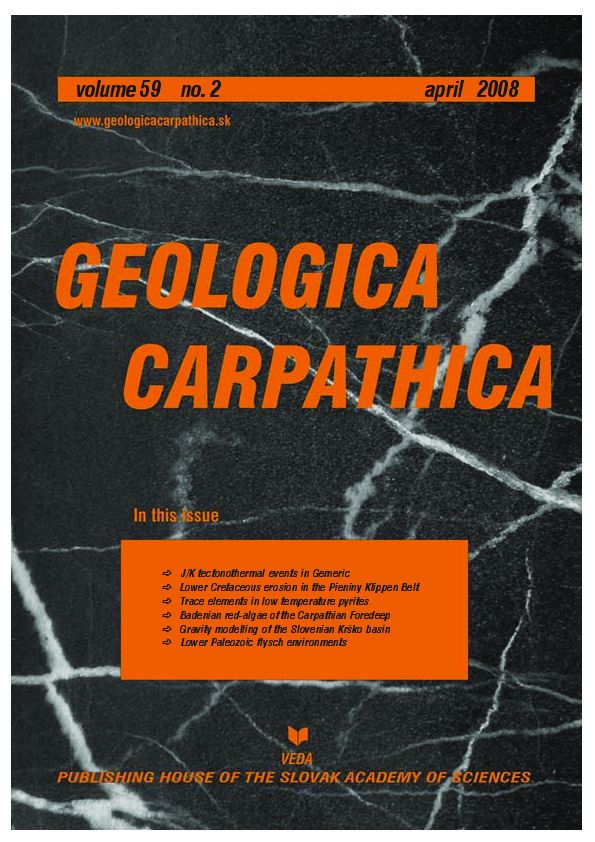