Abstract: Thermal evolution of the Ziar Mts was studied using zircon and apatite fission track (ZFT and AFT) thermochronology applied to basement and sedimentary rocks. Basement samples from the Tatric Unit of the Inner Western Carpathians (IWC) yielded cooling ZFT ages in the range from 109±5.9 to 92.1±5.3 Ma and apparent AFT ages between 33.7±2.7 and 24.4±1.7 Ma. Paleogene sediments of the Central Carpathian Paleogene Basin (CCPB) yielded apparent AFT ages of 73.2±2.7 and 49.6±1.8 Ma. ZFT data show that during early Late Cretaceous thrusting the crystalline basement was buried by a nappe pile to crustal depths with temperatures between 210 and 310 °C, where the crystalline core was metamorphosed at anchizonal conditions. AFT data revealed a complex thermal evolution, implying that after nappe stacking and metamorphism the basement was exhumed to the surface and that it was buried beneath a thick pile of sediments of the CCPB. The CCPB was inverted and the basement finally exhumed in the Late Oligocene to Early Miocene. The AFT system in the basement and CCPB samples record also a distinct, Middle Miocene thermal event, related to the increased heat flow induced by upwelling of hot mantle material and related volcanic activity. Our data support the hypothesis that the study area was part of a large CCPB basin and contradict the widely accepted assumption that the Variscan crystalline core of the Ziar Mts lacks an Alpine metamorphic overprint. 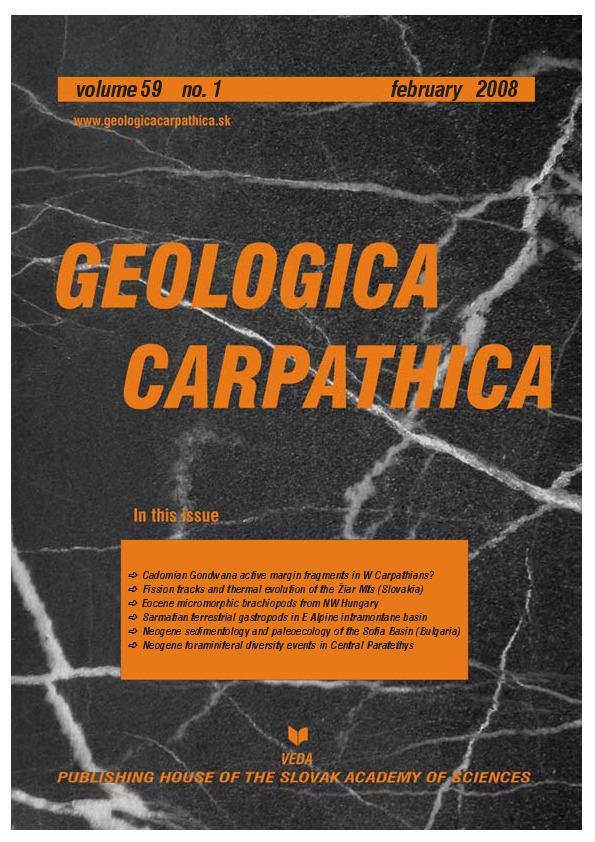