Abstract: A combined volcanological, petrographical, paleontological, radiometric and paleomagnetic approach to the Middle Miocene volcanism of the Visegrad Mountains, Hungary, constrains their eruptive activity. The volcanic evolution is divided into three stages on the basis of paleomagnetic data. The 1st stage andesitic to dacitic explosive eruptions occurred in a submarine environment ≥16 Ma. Their products show normal polarity and CCW declinations. Scattered extrusive dacitic activity closely followed ≤16 Ma into a reverse polarity stage. A more voluminous, subaerial, andesitic activity (16–15 Ma) produced a large variety of volcaniclastic rocks, mostly block-and-ash- and debris-flow breccias, and lava domes/flows accompanied by subvolcanic bodies. The main eruptive centre was the Keserűs Hill explosive lava dome complex. Within the andesitic activity, that partly overlapped the dacitic extrusive activity, two paleomagnetic stages can be defined. These indicate a CCW rotation within a reverse polarity stage, 15.5–15.3 Ma ago according to K/Ar data. All of the three paleomagnetic stages can also be found in the neighbouring Börzsöny Mts. At the same time, the latter is characterized by a subsequent final stage (with no rotation in the High Börzsöny lava dome complex) that is missing in the Visegrad Mts. With respect to paleomagnetism and the sporadic, uncertain K/Ar data <14.5 Ma, in the Visegrad Mts the main andesitic volcanism may have terminated 15–14.5 Ma. In the Börzsöny Mts, the buildup of the High Börzsöny (14.5–13.5 Ma) may have been coeval with only sporadic late-stage andesitic eruptions in the Visegrad Mts. 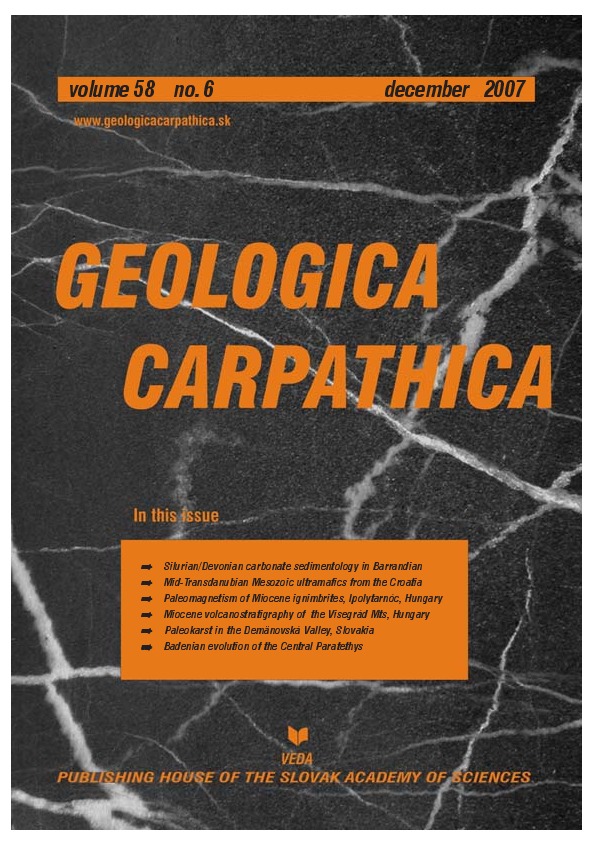