Abstract: In the area of the Danube–Tisza Interfluve, Pannonian Basin, Hungary, sedimentological, paleontological and well log interpretations of fully cored boreholes made it possible to establish the sequence stratigraphic subdivision of the Upper Miocene lacustrine and fluvial sections of boreholes Kaskantyu Kas-2, Janoshalma J-1 and Bacsalmas Ba-1, of which Kas-2 is paleomagnetically dated. 8 sequences were determined in borehole Kas-2 and 6–6 ones in the boreholes J-1 and Ba-1 respectively. The correlation of the sequences was made along two independent composite seismic lines with the help of cross seismic profiles and well logs of 29 boreholes. 11 sequences were marked out in the Upper Miocene basin fill. The areal distribution of the sequences reflects the NW–SE direction of the sediment transport. By the time of maximum flooding surface (MFS) 2, the area was almost completely flooded. The oldest 4 sequences were identified in a seismically observable thickness in the NE Kiskunhalas depression. Their condensed layers are present in the well Ba-1 in the SE part of the area, revealed by dinoflagellates. Sequences 5 to 11 are present in well-observable thickness in the study area. The thickest part of the successive sequences is shifting towards the SE. Sequences 8 and 10 are developed only in the eastern part of the area. The basin evolution had two major phases: from 10.2 Ma to approximately 7.6 Ma the sequences 1–4 were characterized by local sediment accumulation despite their complete water cover, while between 7.6 and 6.6 Ma (sequences 5–10) regional sedimentation occurred. 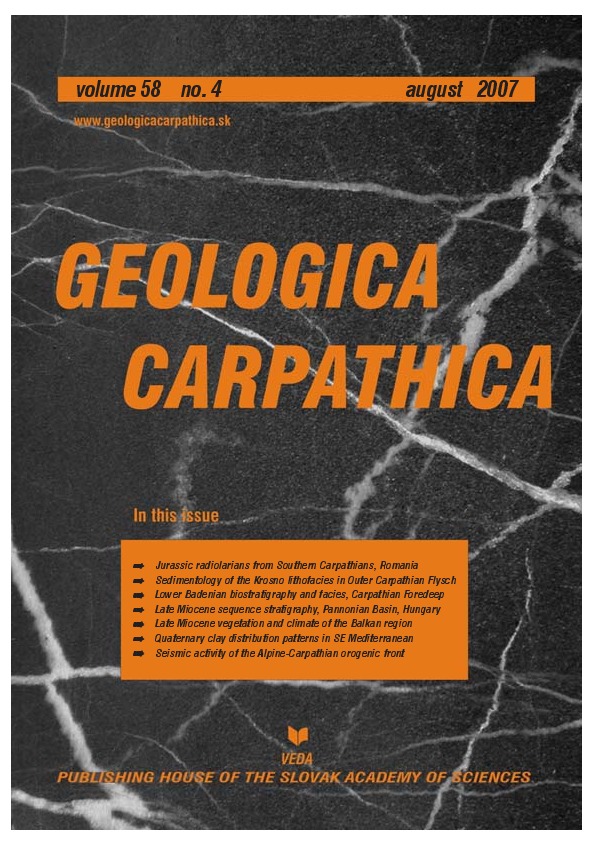