Abstract: About sixty well sorted (average diameter 0.8 cm) volcanic clasts with tholeiitic affinities were found in the midst of an lower Maastrichtian conglomerate outcropping close to Bovec (Slovenian Basin, NW Slovenia) and interpreted as evidence of a deltaic system. The clasts appear to be variably spilitized (i.e. albitization of plagioclase and anomalous Na content), however, they do not show any evidence of sub-solidus recrystallization. The analysis, carried out on nineteen selected samples, point out similar petrographic textures and a strong arc-type chemical signature (i.e. deep Nb negative anomaly, quite low La/Sm and Th/Zr ratio and normative corundum). Chemical data allow us to distinguish, for comparable grade of evolution, variable LREE contents which cannot be related only to crystal fractionation or to a variable grade of crustal contamination, but require compositional differences in the protolithic sources. To have an indication of the provenance of these clasts, and about their related hydrographic system, their chemical features were compared to those of similarly evolved pre-Maastrichtian magmatic rocks of different ages, locations and geological settings, mainly belonging to the Dinaridic-Carpathian region. Such a comparison seems to indicate a particular affinity with the arc-type magmas which outcropped in the Vardar Ocean in Jurassic times. In particular Bovec clasts show strong chemical similarities with metabasites from the ophiolitic complexes of the Evros (Rhodopes) and Vardar Zone, while they appear quite different from both the more depleted samples from Bükk Mountains (Hungary), and all the calc-alkaline compositions considered. The grain size of the clasts and the complete absence of recrystallization suggest a provenance from a quite delimited and close protolithic area (1–3 hundred kilometers) that did not suffer from sub-solidus recrystallization during Late Cretaceous times. 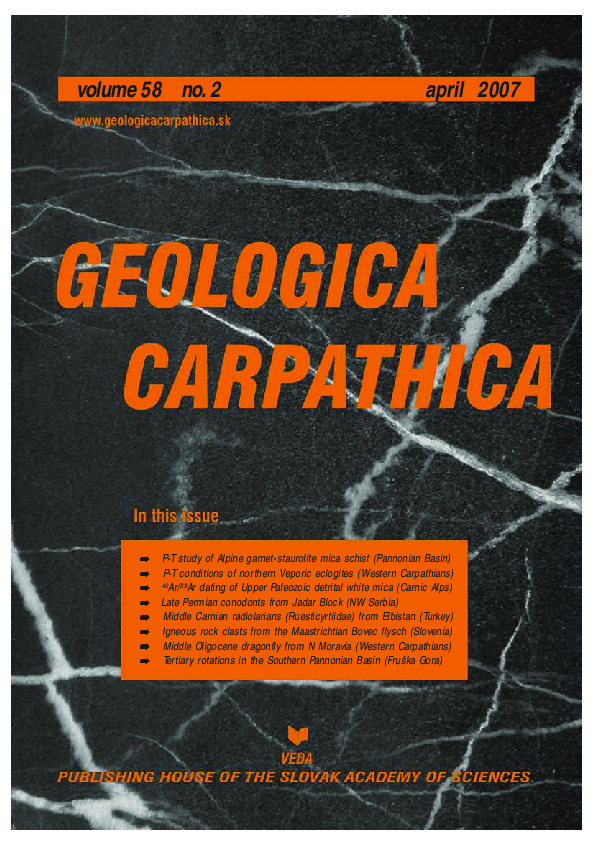