Abstract: Upper Miocene clastic material in the SW part of the Pannonian Basin originates from two clearly different source areas. The mineralogy and texture of the detritus of the older part of the deposits (Croatica, Ozalj and Medvedski Breg Units) are immature. These sediments originated from intense mechanical weathering of the hinterland. Detrital composition varies greatly and clearly reflects the composition of the source rocks. The mineralogy and texture of the detritus of younger deposits (Andrasevec, Hum Zabocki, Cernik and Pluska Units) are relatively mature, showing a uniform composition in the entire study area. The sediments were generated by weathering of various sources, mainly siliciclastic sediments and metamorphic rocks, and to a lesser degree, basic and ultrabasic magmatic rocks. The composition of the main detrital modes of the arenites and paleotransport measurements suggest that the source rocks were part of an orogenic belt located to the NW, W and NE of the studied area, namely the Eastern Alps and Carpathians. On the SW edge of the Pannonian Basin, in the Hrvatsko Zagorje and Mt Zumberak area, at the contact between the Upper Miocene and Pliocene deposits, a gradual change of the heavy mineral assemblage was determined. This change could be linked with structural changes in the Alpine-Carpathian orogen when rocks from deeper parts were brought to the surface, or with a rearrangement of source areas within the orogen area. Towards the east, in the area of the Slavonian Mts, sands in the Upper Miocene and lowest part of Pliocene deposits do not show similar changes, and probably belong to a separate clastic system, which, contemporaneously prograded towards the south. 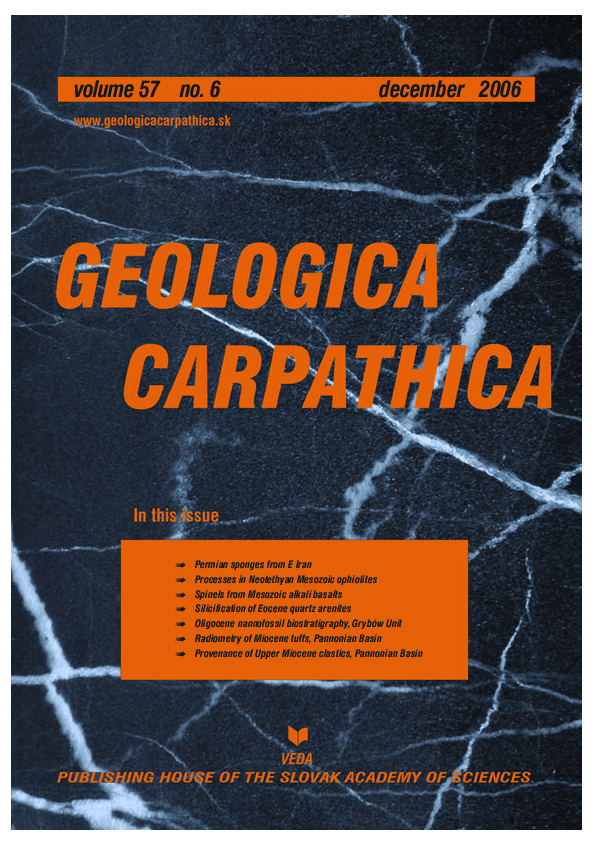