Abstract: Ochtina Aragonite Cave is a 300 m long cryptokarstic cavity with simple linear sections linked to a geometrically irregular spongework labyrinth. The metalimestones, partly metasomatically altered to ankerite and siderite, occur as isolated lenses in insoluble rocks. Oxygen-enriched meteoric water seeping along the faults caused siderite/ankerite weathering and transformation to ochres that were later removed by mechanical erosion. Corrosion was enhanced by sulphide weathering of gangue minerals and by carbon dioxide released from decomposition of siderite/ankerite. The initial phreatic speleogens, older than 780 ka, were created by dissolution in density-derived convectional cellular circulation conditions of very slow flow. Thermohaline convection cells operating in the flooded cave might also have influenced its morphology. Later vadose corrosional events have altered the original form to a large extent. Water levels have fluctuated many times during its history as the cave filled during wet periods and then slowly drained. Mn-rich loams with Ni-bearing asbolane and birnessite were formed by microbial precipitation in the ponds remaining after the floods. Allophane was produced in the acidic environment of sulphide weathering. La-Nd-phosphate and REE enriched Mn-oxide precipitated on geochemical barriers in the asbolane layers. Ochres containing about 50 wt. % of water influence the cave microclimate and the precipitation of secondary aragonite. An oldest aragonite generation is preserved as corroded relics in ceiling niches truncated by corrosional bevels. Thermal ionisation mass spectrometry and alpha counting U series dating has yielded ages of about 500–450 and 138–121 ka, indicating that there have been several episodes of deposition, occurring during Quaternary warm periods (Elsterian 1/2, Eemian). Spiral and acicular forms representing a second generation began to be deposited in Late Glacial (14 ka — Alleröd) times. The youngest aragonite, frostwork, continues to be deposited today. Both of the younger generations have similar isotopic compositions, indicating that they originated in conditions very similar, or identical, to those found at present in the cave. 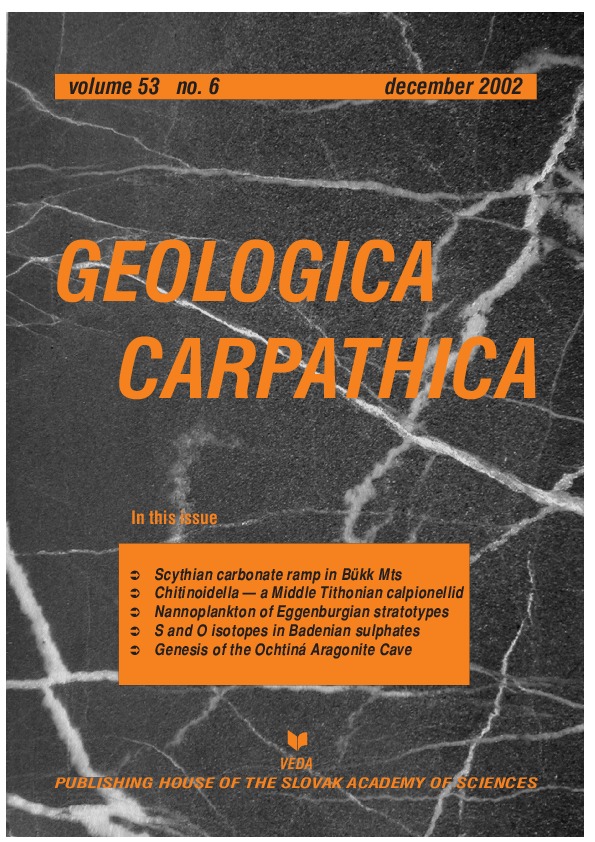