Abstract: The origin of CO2-rich chloride waters in the Polish Flysch Carpathians is the subject of controversies. They often contain a non-meteoric component, with isotopic composition characteristic for dehydration waters released in metamorphic processes, that is δ18O≡ +6.5 ‰ and δ2H ≡ -25 ‰. However, comparison with other known occurrences of waters of a similar isotopic composition suggests that they mainly result from the transformation of smectites to illities during the burial diagenesis of flysch sediments. These waters are characterized by high chloride contents (up to about 14 g/l), which differ in different regions, and remain difficult to explain as the δ18O and δ2H values are slightly scattered and do not show any distinct contribution of marine water. It is shown that such waters are also characterized by high ratios of Na+/Cl– and B/Cl–, which can be useful in their identification. Particularly interesting waters occur in the four deepest wells of the Krynica Spa, which undoubtedly contain a non-meteoric chloride component. Their positions on δ18O-δ2H diagrams are scattered to the left from a typical mixing line of meteoric waters with dehydration waters, which makes it difficult to determine their origin. However, they can be regarded as containing different percentages of a dehydration component because their Cl–-δ2H relation is linear and similar to typical mixing lines of dehydration waters with meteoric waters. The untypical positions of these waters on the δ18O-δ2H diagram can be explained by isotopic shifts of δ18O from a typical mixing line to more negative values, supposedly caused by isotopic exchange of oxygen between CO2 and water. In that process, small volumes of water are involved, as deduced from very slow flow rates in rocks of a low porosity, and a large amount of CO2, as deduced from very high pressures measured at well heads, and an eruption of CO2, which occurred during drilling one of the wells. 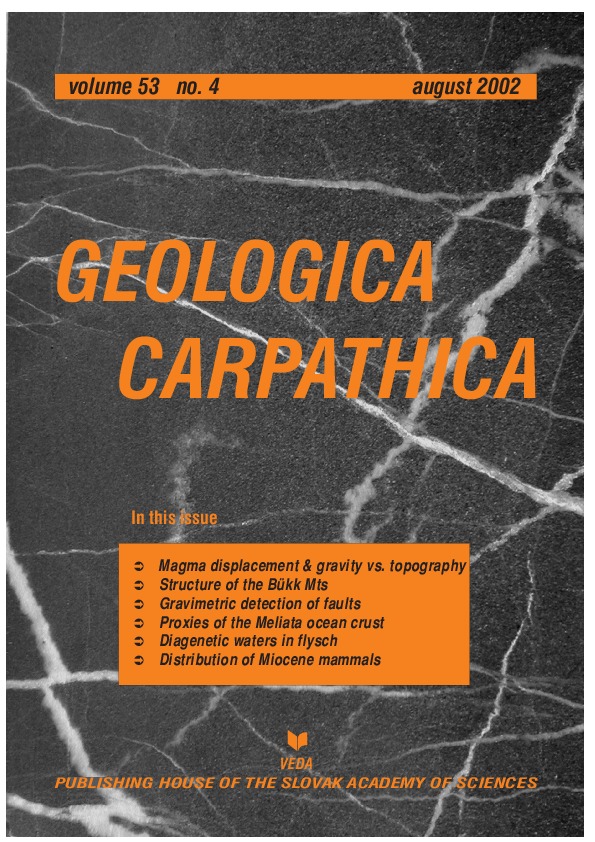