VARIATION OF DEFORMATION MECHANISMS WITHIN THE PROGRESSIVE-RETROGRESSIVE MYLONITIZATION CYCLE OF LIMESTONES: BRUNOVISTULIAN SEDIMENTARY COVER (THE VARISCAN OROGENY OF THE SOUTHEASTERN BOHEMIAN MASSIF)

Abstract: This study deals with the calcite mylonites of the Brunovistulian sedimentary cover developed in the frontal thrust area of the Moravian nappe units. The inhomogeneous structure of sedimentary protoliths allowed the analysis of the contrasting behaviour of calcite in matrix and porphyroclasts and the interpretation of microfabric evolution during deformation under low temperature conditions. Several stages of microfabric evolution characterizing progressive as well as retrogressive deformation are distinguished. Generally, the progressive phase of mylonitization is characterized by grain growth in the matrix and the grain size reduction of the porphyroclasts leading to a stress-induced equilibration of grain size. During the initial deformational stages the calcitic porphyroclasts deformed brittlely and the strain was strongly localized into the ductile matrix. With continuing evolution the onset of the dynamic recrystallization of porphyroclasts occurred, which obviously preceded a significant grain growth in the matrix. With rising temperature during deformation, grain growth predominated after grain size homogenization was finished. The lack of effective dynamic recovery along the stages of the progressive low temperature phase of deformation is discussed. Core-and-mantle structures which are characteristic of the initial stages of progressive deformation carry microfabric features which document the dominance of grain boundary bulging and/or nucleation recrystallization. Formation of subgrains within the porphyroclasts is only a rarely observed feature which probably could not lead to significant grain size reduction. The higher effectiveness of nucleation and recrystallization via migration of grain boundaries compared to subgrain rotation mechanism could be a consequence of high fluid content. Large-scale thrusting within the Brunovistulian basement is shown by the juxtaposition of calcitic and quartzitic mylonites with deformational microstructures reflecting pronounced contrasts of deformational styles. Fully plastic vs. fully brittle behaviour of quartz represents the most pronounced indicator of different deformational conditions between the lower unit of the Svratka Dome and the other domains of the Brunovistulian basement. In the lower tectonic unit of the Svratka Dome the microtructures of calcite mylonites indicate stresses which were about four times lower than in the other two parts of the Brunovistulicum. Despite the deformational contrasts, the values of illite crystallinity measured do not show any spatial gradient which could be linked with the distribution of the contrasting deformational microstructures. The paleothermometric data which are available to date suggest maximum paleotemperatures of 250–300 °C for all three studied domains of the Brunovistulian basement and it is suggested that the difference of Variscan peak temperatures between the three compared domains of the basement was not higher than several dozens of °C. The observed deformational contrasts can thus be explained by an abrupt change of deformation mechanisms in both calcite and quartz at temperatures around 300 °C. 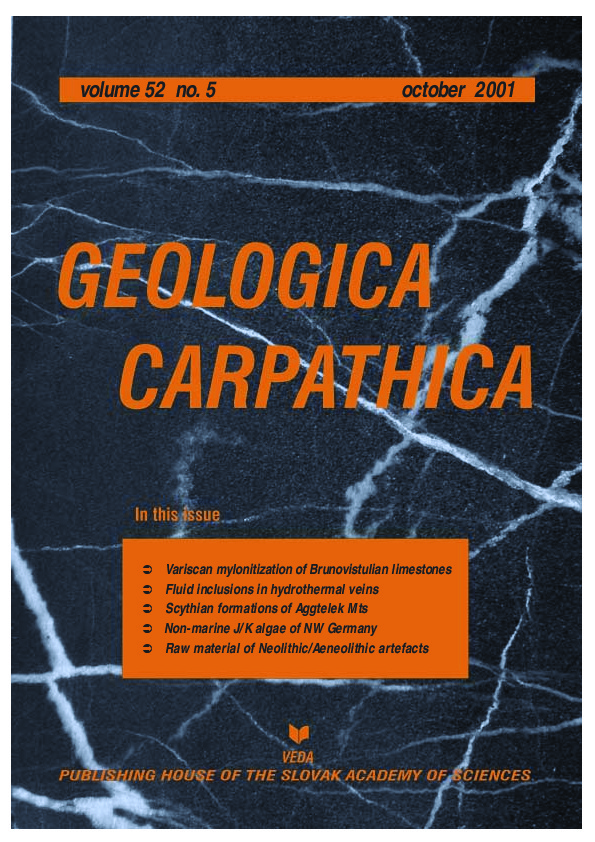