RESULTS OF 2D BALANCING ALONG 20° AND 21° 30’ LONGITUDE AND PSEUDO-3D IN THE SMILNO TECTONIC WINDOW: IMPLICATIONS FOR SHORTENING MECHANISMS OF THE WEST CARPATHIAN ACCRETIONARY WEDGE

Abstract: The restoration of structures along two balanced cross sections through the West Carpathian accretionary wedge and the pseudo-3D restoration in the Smilno tectonic window area shows that various defined units are parts of the Magura and Silesian sedimentary successions. The shortened Magura and Silesian successions were detached at the base of the Upper and Lower Cretaceous sediments, respectively. The interpretation of the structural and sedimentological data places the Magura depositional area as the southwestern neighbour of the Silesian depositional area. Both areas were shortened during the Upper Eocene–Oligocene. The Magura area was shortened strongly owing to the collision between the Alpine orogen and the European Platform. The Silesian area was shortened gently due to the subduction of the oceanic plate attached to the European Platform. The Magura Unit was thrust over the Silesian sediments much later during the Miocene as an out-of-sequence oblique thrust. The Miocene shortening of the Magura Unit and the oblique closure of the Silesian portion of the basin caused a significant contribution to the orogen strike-parallel sinistral strike-slip faulting in the deformation of the accretionary wedge. The general shortening mode was a piggy-back process. Thrust geometries were created by both the fault-bend and fault-propagation folding. The frequent out-of-sequence thrusting is caused by the friction/erosion interplay. Variations in friction along the basal thrust include low friction, documented by subhorizontal veins with vertically grown fibers and long thrust sheets, medium friction, indicated by the duplexing, and high friction indicated by antiformal stacks. Basement steps along pre-existing rifting-related normal faults caused complications in the wedge geometry. The step perpendicular to the tectonic transport caused the development of the antiformal stack, the oblique step caused the sinistral transpression. 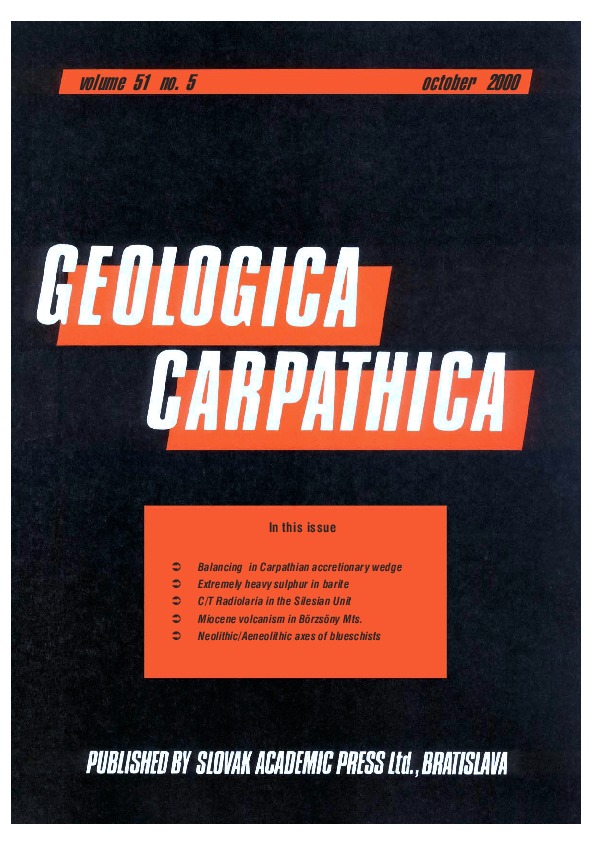