MULTIPLE SOURCES OF THE WEST-CARPATHIAN VARISCAN GRANITOIDS: A REVIEW OF Rb/Sr AND Sm/Nd DATA

Abstract: Detailed reviewing of several existing Rb/Sr datings from the West-Carpathian granitic massifs shows that the Rb/Sr dates older than U/Pb zircon data are possibly caused by inclusion of high Rb/Sr samples in the sample collections. Such samples, usually occurring as leucocratic veins in metamorphic complexes, usually have higher initial 87Sr/86Sr ratios which results in generating pseudo-isochrons. Therefore, there is no need for an initial mixing line as suggested earlier. Some samples outlying both above and below isochrons may be interpreted in terms of system opening at a time different from the initial closure. Depending on reconstructed Rb/Sr ratios late Variscan to Early Alpine ages are obtained for the opening. In contrast to Rb/Sr, previously published Sm/Nd data show that the initial 143Nd/144Nd ratios were not homogenized making it possible to suggest end-members responsible for the observed variation. Such end-members are sought in (1) the peraluminous (leuco) granites that originated through dehydration melting of gneisses with fairly high ISr and (2) gabbro/dioritic rocks occurring within granite massifs or as mafic enclaves. Assimilation of supracrustal rocks by the mafic magma could have produced either sub- to metaluminous I-type granitoids or peraluminous S-type granites depending on proportions of the end-members. The varying proportions may also have been responsible for the mineralogical and petrological differences observed between the two groups. Seven different sources are suggested for all the Variscan granitoids in the Western Carpathians. 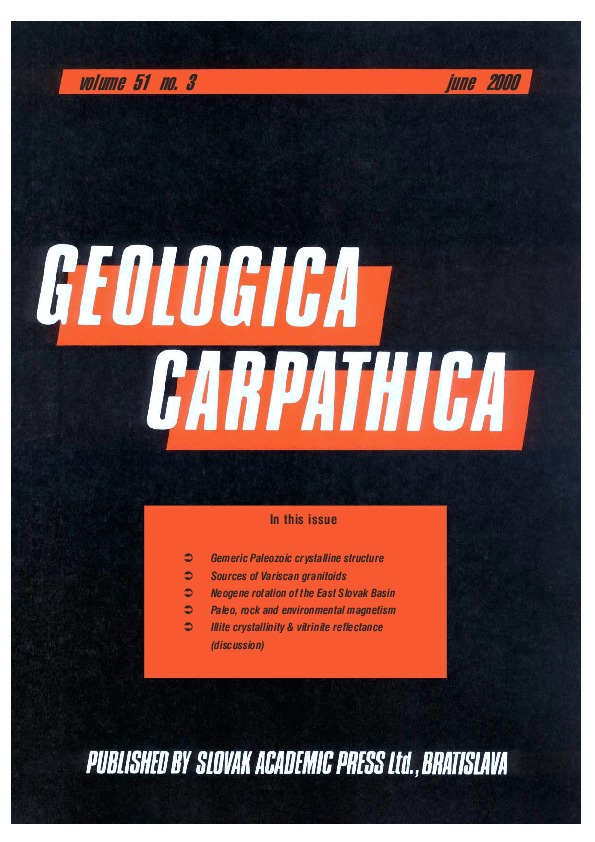