Abstract: The Cirocha, Trangoska and Zazriva fault zones have dominant structures developed during the transtensional strike-slip stage of their movement histories. It is indicated by the negative flower structure on the cross-cutting reflection seismic profile and the calculated paleostress pattern from one of the three stress patterns in the case of the Zazriva fault zone. Rotated paleocurrent sets in undefined blocks indicate the existence of flats somewhere in depht accommodating the separate block movements in the dextral strike-slip system.The most prominent structures of the Trangoska fault zone, large shear planes with striation having a significant divergent dip-slip component, were also developed during the transtensional strike-slip reactivation. It is indicated by the slickenside lineations. This sinistral reactivation did not develope shallow flats, as shown by the lack of rotations. The Cirocha fault zone acted as a dextral transtensional strike-slip during its activity. This is indicated by the calculated paleostress pattern which did not undergo significant changes. Presence of the flat at about 2.5–3 km depth is constrained by the reconstruction of the 3 km wide and 10 km long Velka Polana flake. This flake dextrally rotated about 90°, as indicated by the rotation of Cretaceous, Eocene and Oligocene paleocurrent patterns and paleostress patterns. This rotation was not accommodated by the formation of new faults inside the flake. These observations are compared with the shear stress/reactivation modelling. The presence of the very low friction flake boundaries would explain the fact that no new faults were formed until the flake rotated about 90°. The flat underneath the flake was developed along the flat of the pre-existing thrust fault. 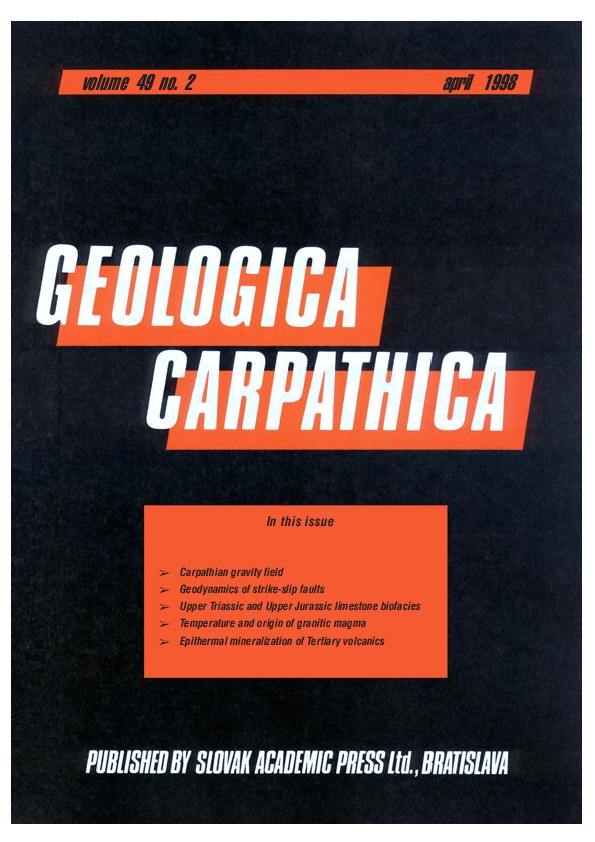