THE NEOGENE REMAGNETIZATION AND PETROMAGNETIC STUDY OF THE EARLY CRETACEOUS LIMESTONE BEDS FROM THE RIO ARGOS, (CARAVACA, PROVINCE OF MURCIA, SE SPAIN)

Abstract: The Early Cretaceous limestone strata around the Rio Argos (Caravaca Region, Province Murcia, SE Spain) were selected for magnetostratigraphic investigations. This section was chosen due to its importance, detailed geological and paleontological documentation and good outcrops of individual strata. Altogether 361 oriented hand samples were collected covering the Berriasian, Valanginian, Hauterivian, Barremian and the Early Aptian sequence strata. The laboratory specimens were subjected to both the alternating-field and thermal demagnetization procedures, while the thermal treatment by means of the MAVACS apparatus was carried out at relatively dense temperature steps up to 590 °C, in many cases up to 690 °C. Twenty pilot samples were tested for the anisotropy of magnetic susceptibility. Fifteen samples were selected for detailed analysis with the aim of determining the unblocking temperatures with higher precision and verifying the possible occurrence of self-reversal phenomena of remanence during laboratory thermal treatments. All the 361 collected samples were subjected to systematic thermal or combined demagnetization procedures. Multi-component analysis was applied to separation of respective remanent magnetization components, R. Fisher,s (1953) statistics were used for the calculation of the separated remanence components combined with fold tests. - Few samples were found totally weathered, these are characterized by low unblocking temperatures (below 100 °C), and their magnetic susceptibility is markedly lower. The vast majority of samples showed three components of remanence, A-, B- and C-components. It was clearly proved that the studied un-weathered limestones can be divided into two groups of rocks, the first group with syn-tectonic magnetization, and the second group of limestones totally remagnetized in the Neogene. This way, the Early Cretaceous limestones from the Rio Argos were found unsuitable for derivation of a magneto-stratigraphic scale. Apart from totally weathered limestones, magnetite with a well defined unblocking temperature (around 540 °C) was found as the carrier of remanent magnetization in the majority of massive and fresh-looking limestone samples. From the study of the anisotropy of magnetic susceptibility it could be concluded that the fabric of the limestones in both the groups of totally and partially remagnetized samples showed the same features. It is of interest that the limestones under study display no signs of thermal, hydrothermal, chemical, dynamometamorphic or other alterations. The principal aim of the paper is to demonstrate typical case histories aimed at methodological problems since similar rocks may be selected for magneto-stratigraphic studies in other regions of the Tethyan realm and similar remagnetization phenomena may be encountered as already described in the papers by Villalain et al. (1996), Pares & Roca (1996). 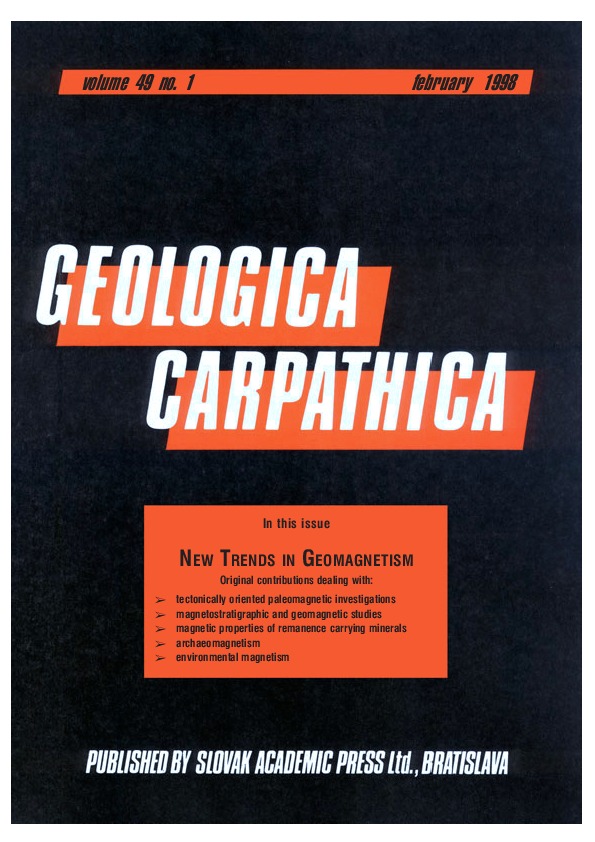