Abstract: Compositional data on a range of sulphide and sulphosalt minerals from the hydrothermal vein deposit of Herja in the Baia Mare metallogenic area are presented. The presence of zinkenite, chalcostibite, diaphorite, fülöppite, boulangerite, bournonite, electrum and manganite are confirmed in the Herja ores for the first time. In addition, compositions close to veenite, twinnite and heteromorphite have been identified — possibly representing the first report of these minerals on Romanian territory. Fibrous Sb-sulphosalts, which are trace phases in massive polymetallic ores and are the main component of the abundant vugs and cavities, are dominantly jamesonite, although boulangerite, berthierite and zinkenite are also present in lesser amounts. Arsenopyrite, associated with the Sb-sulphosalts is commonly enriched in Sb (to 6 wt. %). Fahlore phases were determined to be tetrahedrite, with Ag contents ranging from 7 to 20 wt. %. All Sb-sulphosalts are free of As. The loose felty matted masses of acicular needles, "plumosite", which occur widely throughout the vein systems are confirmed to be jamesonite. This mineral is characterised by a conspicuous Mn content, equivalent to 4–8 % mol. % benavidesite. This has been partially confirmed by X-Ray diffraction patterns, which showed a slight shift from those of some reference patterns for (Mn-free) jamesonite. However, a quantitative correlation between cell parameters and extent of Mn substitution is prohibited by discrepancies in the various peak patterns, resulting from differing experimental conditions. Although "plumosite" has been regarded as synonymous with boulangerite in recent years, it is proposed that the descriptive name "plumosite" be used for all such felted masses of Pb-Sb sulphosalts, including those with the compositions of jamesonite and berthierite. No supportive evidence for the existence of the problematic mineral parajamesonite was found in the examined samples. Geothermometry based on the S-isotope compositions of coexisting pyrite-galena pairs indicated temperatures of 417 ± 75 °C and 320 ± 70 °C, which are regarded as close to the maximum temperatures at the onset of mineralization. The stibnite and sulphosalt parageneses, however, are believed to have formed at temperatures below 220 °C. 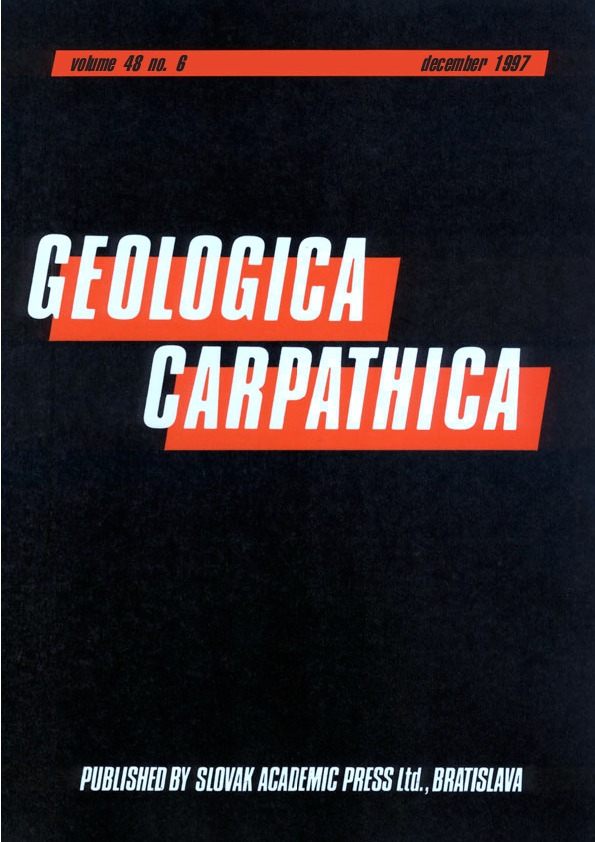