Abstract: Major and trace element composition of silicate melt inclusions (SMI) and their rock-forming minerals were studied in mafic garnet granulite xenoliths from the Bakony–Balaton Highland Volcanic Field (Western-Hungary). Primary SMIs occur in clinopyroxene and plagioclase in the plagioclase-rich domains of mafic garnet granulites and in ilmenite in the vicinity of these domains in the wall rock. Based on major and trace elements, we demonstrated that the SMIs have no connection with the xenolith-hosting alkaline basalt as they have rhyodacitic composition with a distinct REE pattern, negative Sr anomaly, and HFSE depletion. The trace element characteristics suggest that the clinopyroxene hosted SMIs are the closest representation of the original melt percolated in the lower crust. In contrast, the plagioclase and ilmenite hosted SMIs are products of interaction between the silicic melt and the wall rock garnet granulite. A further product of this interaction is the clinopyroxene–ilmenite±plagioclase symplectite. Textural observations and mass ­balance calculations reveal that the reaction between titanite and the silicate melt led to the formation of these assemblages. We propose that a tectonic mélange of metapelites and (MOR-related) metabasalts partially melted at 0.3–0.5 GPa to form a dacitic–rhyodacitic melt leaving behind a garnet-free, plagioclase+clinopyroxene+orthopyroxene+ilmenite residuum. The composition of the SMIs (both major and trace elements) is similar to those from the middle Miocene calc-alkaline magmas, widely known from the northern Pannonian Basin (Börzsöny and Visegrád Mts., Cserhát and Mátra volcanic areas and Central Slovakian VF), but the SMIs are probably the result of a later, local process. The study of these SMIs also highlights how crustal contamination changes magma compositions during asthenospheric Miocene ascent. 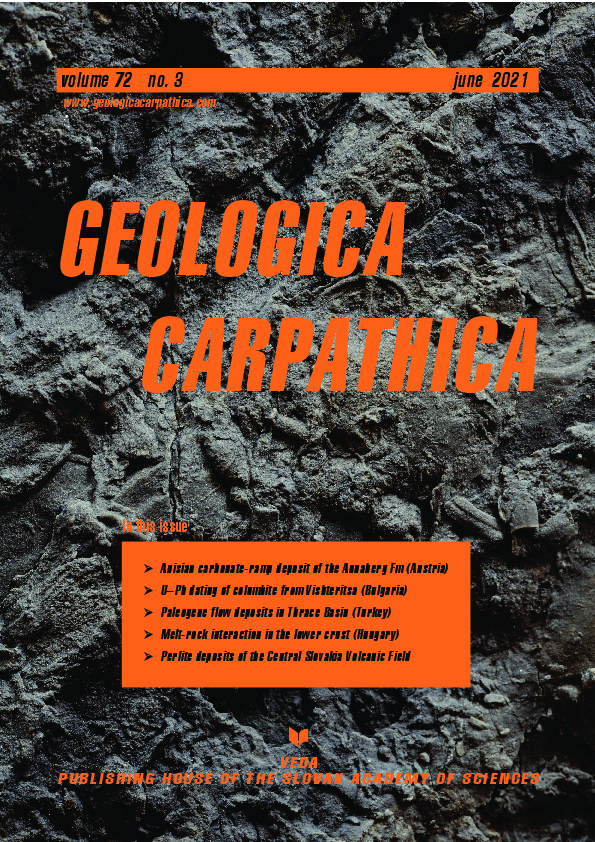